Starwood Hotels & Resorts’ investments in their Sheraton and Four Points brands look to stabilize these hotels during the recession and pay dividends once demand rebounds. 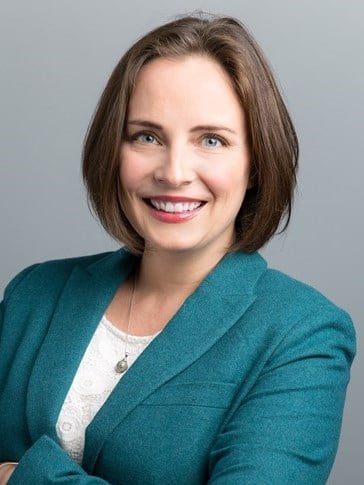 Over the last five years, Starwood has worked to convince owners and developers that its largest brand concentrations, Sheraton and Four Points by Sheraton, would benefit from an infusion of modern design attributes, product enhancements, and innovative business practices. These themes are unfolding from property to property across the brands, and the energy behind the movement is still strong even as a recessionary economy continues to take its toll on hotel performance around the nation.

In a previous article, we described the spawning of the element and aloft brands from Starwood’s “DNA.” Here we take a closer look at the philosophy behind the redevelopment of the Sheraton and Four Points by Sheraton hotel brands.

Four Points by Sheraton has been steadily enhancing its brand image with the launch of the Simple Pleasures program, which includes initiatives such as the Four Comfort Bed, Four Pies, and Best Brews. Launched in 2005, the Four Comfort Bed program was born from the success of the Heavenly Bed at Westin properties and the Sweet Sleeper Bed at Sheraton. The Best Brew program was created to offer Four Points’ guests a variety of local, regional, and imported craft brews. Each property offers a minimum of four beers on tap with a selection of up to twenty bottled beers.1 The Four Pies program offers guests a slice of awarding-winning pie, either in the hotel’s restaurant or through room service. 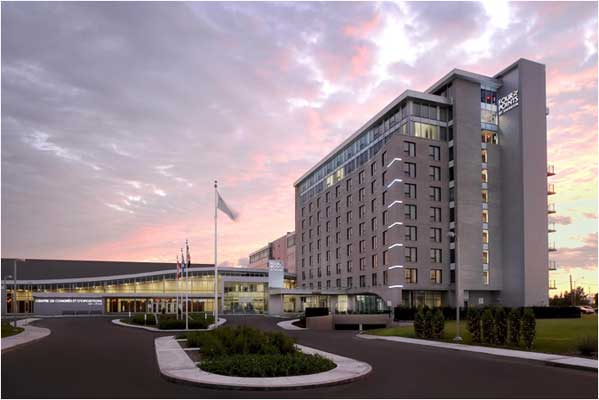 As new hotel brands are created and old ones are re-engineered to reveal more cutting-edge standards and offerings, guest preferences are changing. A rhetorical device on the Four Points Web site makes the brand’s new philosophy clear: “Think of it this way. You could spend your money on a lavish hotel with antique furniture, three restaurants, and martinis in the mini bar. Or you could spend that same money on a 42" plasma TV for your living room. Which would you go for? Us too. At least, most of the time.”2

In essence, Starwood has differentiated the Four Points hotel product from traditional and basic select-service standards while reinvigorating the brand to coalesce with the desires of the travelers it targets. The re-energized Four Points product is expected to appeal to a variety of savvy, product- and service-driven travelers, for whom “less” is often “more.” Starwood is not alone in renewing or reviving brand images, but the company is capitalizing on partnerships with national and local companies for goods that are undeniably unique, especially for the select-service asset class. It worked in 1999 with the Heavenly Bed, and the innovations continue at Four Points.

That said, guests aren’t going to choose a hotel based on what beer they have on tap unless everything else is equal: clean rooms, comfortable beds, good service, competitive rates, and other tangibles. Say a corporate traveler on a modest travel budget or one on a defined government per diem was given the choice of three different branded, limited- or select-service hotels all in line with specific brand standards. Assuming that all three hotels meet the basic yet necessary criteria, the traveler may just opt for the one with exotic beers and award-winning pie a-la-mode.

A recent Starwood press release suggests that average rates at Four Points hotels in North America average just over $105 brand-wide, a level that is considered to be fairly modest among select-service operations falling under the Marriott, Hilton, and Hyatt family of brands. This is important because these lower average rates, combined with the appeal of Four Points’ amenities, are helpful in capturing demand from the travelers oriented toward limited- and select-service hotels.

According to Tiffany Cooper, Director of Development-West for Starwood’s Real Estate Group, “Four Points by Sheraton has had 70 percent turnover of the portfolio since 2002 and over $1 billion invested in major property renovations, conversions and new build hotels. It has reinvented itself and is better than ever with great locations showing up all over the world - 91% of them are new builds. We’ve applied the same “improve or remove” strategy with Sheraton and have $4 billion invested in the brand since 2007, with an almost entirely clean North America portfolio by the end of 2009. Combine all that product quality and consistency with associates who are well-trained to deliver emotional connections and on-brand experiences for our guests, and you have a recipe for success as well as owner/developers who want to build our brands with us.”

Arguably Starwood’s best-known brand, as well as the largest in terms of total rooms and hotels, Sheraton’s roots reach back over 70 years. As with Four Points, Sheraton is in the process of enacting new operational strategies and various product redesigns. Each unique Sheraton lobby, for example, evokes the feel of great parks around the world. In addition, each newly renovated Sheraton lobby will have a [email protected], a large business center with multiple complimentary workstations and wireless Internet, webcams, televisions, newspapers, as well as gourmet food and beverage offerings. All Sheratons inspire healthy living through the Fit Together program, a partnership with Core Performance (the first of its kind) that links the fitness center, the guestrooms, the hotel menus, and online resources in a healthful cohesion. Guests can access free-of-charge workout programs, as well as nutritional and wellness tips, on the Starwood Preferred Guest TV channel in the privacy of their guestrooms. Starwood also created www.sheratonfitness.com, a site that features downloadable fitness routines. 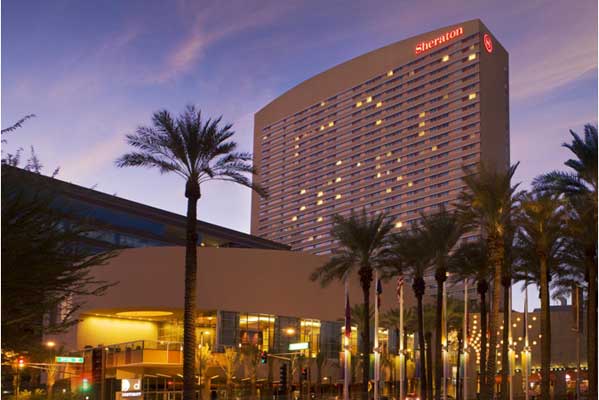 The Sheraton Signature Meeting program implements meeting services that enhance revenue and offer conveniences such as streamlined paperwork and procedures, as well as 24/7 support available for booking guest rooms, researching destination and event details, and running reports on a Web site personalized for each client. Sheraton introduced a new brand menu (with healthy options that complement the Fit Together program), specialized restaurant concepts such as the Daily Grill and Shula’s Grill & Wine Bar, a signature breakfast, and health-conscious food options during break-out sessions of meetings.

A major factor that has contributed to Sheraton’s veering away from the traditional full-service hotel model is the emphasis on branding partnerships. Partnerships with well-known and internationally recognized brands have been established and incorporated into the Sheraton experience, heightening the brand’s appeal among a wide-ranging demographic. Scene @ Sheraton is a fundamental part of the brand’s guestroom redesign. Sheraton formed exclusive partnerships with Showtime and Sony BMG Music Entertainment that enable guests to access specialized and sometimes exclusive entertainment including sneak previews, the “Travel Channel for Sheraton,” on-demand and all-access sports programming, and a “co-branded music channel.”3

Another partnership has been formed with Microsoft for the use of the first commercially available surface computer, known as Microsoft Surface. Surface, part of the [email protected] program, allows guests to access local tourist highlights (CityTips), a lobby-based digital jukebox (Sounds of Sheraton), and photos of other Sheraton hotels and resorts throughout the world (Sheraton Snapshots). According to Starwood, 75% of Sheraton lobbies worldwide have been converted to include [email protected], with 90% of the portfolio on pace for conversion by the end of 2009.4

It was recently announced that Sheraton has partnered up with the upscale Nectar Spa brand, and the exclusive Nectar Spa at Sheraton concept will be rolled out worldwide throughout 2009 The “upscale, approachable spa experience” goal targets the brand’s business and leisure guests.

“Sheraton’s focus on design and its brand values have elevated the overall guest experience,” said Paul Wischermann, President of Wischermann Partners, a firm that helped redesign and reposition the Sheraton brand. “Three brand-defining words—Warm, Connected, Community—have served as a filter for brand initiatives. The design features warm colors and is inviting, and emphasis is placed on communal spaces, which are very well received. The [email protected] is a hit, allowing guests to stay connected in a public space while enjoying food and beverage offerings. It is a wonderful experience.”

By focusing on creating a “home away from home,” Starwood’s brand transformations bring the guest experience from sheer opulence to elegant simplicity. A lot has been said about the dire state of upscale and luxury hotels in the recession. Perceptions have changed, and the lavish buildings and amenities that drew affluent travelers and drove average rates don’t have the same allure. The re-engineering of Sheraton and Four Points hotels began well before the recession took hold, and the “new” hotels are expected to coincide well with the shift in guest preferences. RevPAR levels at both brands in the first quarter of 2009 dropped more than 20% compared to the same period in 2008, a trend that is unsurprising given the depressive waves the recession has sent throughout the industry. Nevertheless, by appealing to new demand segments and reinforcing perceptions of value among travelers, Sheraton and Four Points should be well positioned for the future.

Desiree Flanary, MAI is a Senior Vice President with HVS Portland. HVS leaders now live in and work from more than 30 markets throughout the North American region, including San Diego, LA, San Francisco, Portland, Seattle, Vancouver, Las Vegas, and Phoenix in the west. Desiree earned her bachelor's degree from the University of Northern Colorado and has front-line hotel experience in both front office and housekeeping operations. Desiree travels and works extensively in the northwestern U.S. and along the West Coast, with a particular emphasis in the Central Pacific region. Contact Desiree at (970) 381-9794 or [email protected].

Starwood Hotels & Resorts’ investments in their Sheraton and Four Points brands look to stabilize these hotels during the recession and pay dividends once demand rebounds. %%ViewCount%% Views Comments
Share:
Subscribe To Newsletter