Calgary is once again drawing the attention of the lodging industry with its thriving economy. This article provides an overview of the current state of the Calgary hotel industry and what can be expected going forward. 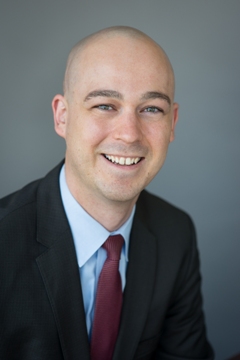 Calgary is once again drawing attention with its thriving economy. Since the recession brought growth in the city to a halt, Calgary has bounced back with robust economic growth each year since 2009. The intensification of oil development activity has kick started this growth, which has positively affected the hotel sector. Not only has lodging demand experienced strong increases, but the city has a higher average daily room rate (ADR) than any other major city in the country. The vitality of the economic environment and the impressive performance of the hotel sector have caught the eye of local and foreign developers, and a number of proposed hotel projects are now under development throughout the city.

An Economy Built out of Energy

Calgary is known as the energy capital of Canada. According to Calgary Economic Development, 105 of the 135 head offices in Calgary are related to the energy sector. The health of Calgary’s economy is heavily reliant on activity related to the oil sands, conventional oil, and natural gas. Oil sands development is now firing on all cylinders, as companies are investing billions of dollars to develop assets such as upgraders. Oil drilling has also rebounded with the advent of directional drilling and other new technologies. The natural gas sector is currently in hibernation mode because of weak natural gas prices. Once natural gas prices revive, however, natural gas companies will increase business activity and stimulate further growth in Calgary.

The booming energy sector is spurring growth in other sectors throughout the city. Calgary is enjoying strong employment growth with low unemployment and a growing population. Development and construction is taking place throughout the city in the form of new residential developments and condo towers and the constant expansion of the civic infrastructure. In addition, at least 15 new office developments are under construction.

The strong economic environment has nurtured Calgary’s lodging sector. The city-wide occupancy is now nearing the level achieved prior to the recession even though the city experienced supply growth in three of the four years between 2009 and 2012. In 2012, Calgary set a new high for the total number of occupied room nights and attained an occupancy level of 70.6%.

The majority of demand in the Calgary market is commercial in nature. This is reflected in weekly occupancy trends, where occupancy is the highest mid-week and then falls substantially during the weekends, when the segmentation shifts more towards leisure travellers. The trends in ADR are similar: the ADR is highest during the weekdays and lowest on weekends. The high demand levels during the midweek period allow hotels to charge higher transient rates, while the soft weekends induce hotels to discount rates in order to compete more aggressively for the lower level of demand that is present.
Calgary reached a new ADR high in 2012 at $156.68 (not adjusted for inflation), surpassing the previous high achieved in 2008 of $154.45. The year-to-date performance indicates that the market is poised to achieve yet another new ADR high in 2013. The growth in corporate rates and the higher transient rates that are being charged midweek during peak demand times are driving the strong ADR growth in the market. In addition, demand growth has outpaced supply growth, which has further supported hoteliers in their efforts to grow room rates.

Calgary is also on pace to have another strong occupancy year in 2013. Year-to-date through July 2013, the Calgary market sustained an occupancy level of 72.3%, up from 70.0% during the same period in 2012. The higher occupancy level is due not only to demand growth but also to a decline in the room supply. The Quality Inn Airport closed in July 2012, and the Quality Inn University temporarily closed in September 2012 to undergo conversion to an aloft.

Demand increased in every month of 2013 compared to the same period in 2012, with the exception of June, when a major flood forced properties in the downtown to close. During this emergency, guests who were staying downtown were displaced to hotels located in other parts of Calgary. The decline of demand in June was due to the cancellation or deferment of trips, particularly the postponement of the Conservative Party of Canada National Convention, which has been rescheduled for the end of October.

Positive RevPAR growth is expected to persist for the remainder of the year, built mainly upon increases in room rates. The hotel supply will increase in the second part of the year with three new properties at the airport, an expanding hotel at the airport, and a new hotel and the reopening of a hotel that had been closed down in the northeast university area. ADR growth is expected to continue throughout the remainder of the year, driven by the high demand levels on weekdays. The city is expected to set new ADR and RevPAR highs in 2013.

The sustained activity surrounding the oil sands, energy development, and other energy infrastructure projects, such as pipelines, bodes well for the Calgary hotel market in 2014 and beyond. The persistent economic growth is expected to fuel residential development and population growth and stimulate jobs growth, all of which support the health of the lodging sector. Calgary International Airport is currently undergoing a major $2.3-billion expansion that includes a new runway and a new international terminal. The completion of the airport expansion in late 2015 will increase the Calgary International Airport’s capacity for passengers and planes, making Calgary more of a major international transportation hub.

The Rush to Build

Calgary is poised for growth in hotel room supply. Most of the new properties will be concentrated in the northeast airport market because of the lower cost of land, the optimism surrounding the airport expansion, and the overall growth taking place in northeast Calgary. A significant number of hotel projects are proposed for development in the city. Constraining this enthusiasm to build is the labour shortage that the high level of development activity in Calgary and across Alberta has created, which is driving up the cost of construction. Higher building costs will reduce the number of hotels that actually move forward to development. The destruction caused by the flooding in June, and the repair and rebuilding that is now required, has further increased the demand for construction workers.

Although most indicators regarding the future growth of Calgary are positive, the city is nevertheless vulnerable to shifts in the global economy, particularly because the Calgary economy is so heavily dependent on the energy sector for its fortunes. A significant drop in energy commodity prices would have a negative impact on investment and development activity by energy companies, which would in turn result in fewer occupied room nights for hotels. The Keystone XL debate has drawn international attention to the insufficiency of the existing infrastructure for the transportation of Canada’s oil to international markets. The US government has once again delayed approval of the Keystone XL project, and a decision is now expected no earlier than 2014. The uncertainty surrounding this project has caused the oil industry to seek other ways to transport an increasing volume of heavy crude, whether by rail, pipeline conversion, or new pipeline projects. Within the past year, transportation of oil by rail has experienced significant growth, and TransCanada is planning to convert an existing natural gas pipeline that runs to eastern Canada, to an oil pipeline. Without the capacity to transport the oil being produced, oil companies could scale back their investment into additional oil sands projects.

The Calgary economy has resurged since the recession, and its lodging market is achieving new RevPAR highs. With the booming energy sector as the driving force behind the strong performance of the Calgary hotel market, growth is expected to continue unabated. With the hotel sector performing so well, developers are actively looking at building new properties around the city, although the rapidly rising cost of construction will limit the number of projects that actually reach fruition. Calgary’s reliance on the energy sector nevertheless creates some vulnerability to shifts in the global economic and political landscape, but on the whole the outlook for Calgary’s economy is favourable, which bodes well for the hotel sector. Calgary is expected to remain one of the top performing hotel markets in the country with sustained growth in demand and ADR.

Jason Wight has risen through the ranks and is now a Senior Vice President at HVS, a firm specializing in valuation and consultation services for the hospitality industry in Canada. Jason has Western Canada in his bones and hotels in his blood. Born and raised in Calgary, and schooled at the University of Calgary’s Haskayne School of Business and at the Southern Alberta Institute of Technology, he has travelled the length and breadth of Western Canada as a hotel consultant. He has worked existing and proposed hotel projects located throughout Manitoba, Saskatchewan, Alberta, and British Columbia, but he has a special interest in his home city of Calgary. As a consultant specializing in hotels, Jason has worked on a range of projects, from valuations of iconic luxury hotels located in urban centres to feasibility studies for proposed limited-service hotels in small resource-driven communities, and he has also authored several articles on various topics relevant to the hotel industry, including Understanding Oil and Gas Lodging Markets in Western Canada and Resource Markets and the Canadian Hotel Industry. Prior to joining HVS, Jason held various operational roles in the hospitality industry.

Calgary is once again drawing the attention of the lodging industry with its thriving economy. This article provides an overview of the current state of the Calgary hotel industry and what can be expected going forward. %%ViewCount%% Views Comments
Share:
Subscribe To Newsletter