The market is experiencing a period of economic strength and expansion, primarily led by the tourism and leisure industry and the presence of Disneyland and the Anaheim Convention Center, which continue to attract visitors and bolster lodging demand. 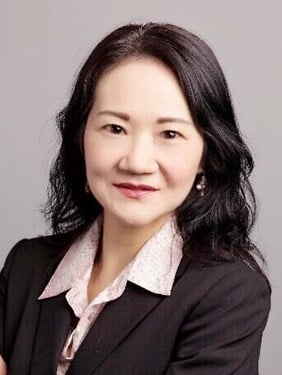 The market is experiencing a period of economic strength and expansion, primarily led by the tourism and leisure industry and the presence of Disneyland and the Anaheim Convention Center, which continue to attract visitors and bolster lodging demand.

Disneyland is undoubtedly a prominent demand generator for hotels in Orange County, attracting over 15 million leisure visitors per year. Disneyland's 60th anniversary celebration, which began in May 2015 and concluded in September 2016, induced a significant amount of demand, making 2015 a banner year for the market. Moreover, according to Visit Anaheim, 12,083,000 visitors traveled to Anaheim in the year-to-date period through June 2017, an increase of 10.6% over the same period in 2016.
Themed Entertainment Association (TEA) Theme Index 2016

The Star Wars: Galaxy’s Edge will open with two anchor attractions: one that gives guests the chance to pilot the Millennium Falcon on a customized secret mission, and another that puts guests right in the middle of a battle between the Frist Order and Resistance. Construction on the 14-acre attraction, which began in April 2016, is slated for completion in early 2019.

The Anaheim Convention Center (ACC), which opened 50 years ago, is the largest convention center on the west coast, spanning a total of 1.8 million square feet. Completed on September 26, 2017, the convention center’s seventh expansion created 200,000 square feet of additional space.

ACC representatives report a strong booking pace associated with the recent expansion and the addition of new hotel supply in the market, which will reportedly allow the convention center to target higher-rated medical and high-tech groups.

The 14.5-acre LT Platinum Center, located near the Honda Center and Angel Stadium, is a mixed-use development project that will include a 200-unit hotel, an urban food market, an entertainment venue, and a town plaza, as well as 400 residential units, upon completion in 2022.

SteelCraft Garden Grove, to be located on a 1.8-acre lot behind City Hall in Garden Grove, will feature 20 artisanal retailers and restaurants selling goods from cargo containers measuring as long as 40 feet in length. The project is part of a major effort by city officials to revitalize Downtown Garden Grove with destination shops and dining and is scheduled to open in 2018.

Following the success of the addition of "Cars Land" at Disney's California Adventure, the recent expansion of convention center, and in anticipation of the opening of " Star Wars: Galaxy’s Edge," several hotel projects throughout Anaheim and Garden Grove have either recently opened or are in various stages of development. 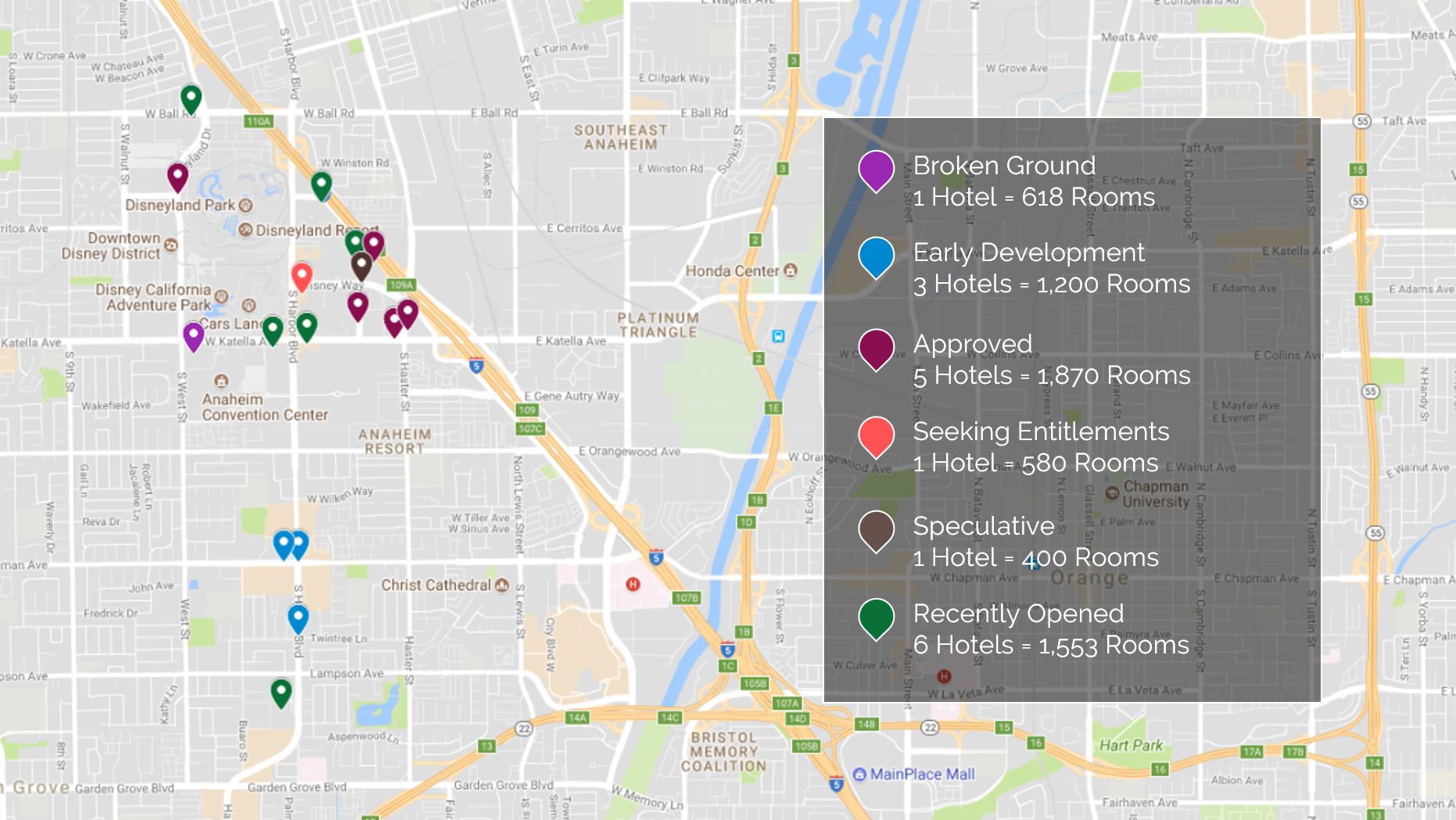 Strong hotel performance and the potential of this market have drawn investors to seek hotels located here. The following table sets forth hotel transactions in the Anaheim/Garden Grove market since 2015.

The Anaheim/Garden Grove market is primarily driven by the tourism and leisure industry, with visitation levels continuing to increase. The recent expansion of the convention center is expected to attract new events and visitors, which should positively affect the local economy. Given the area's desirable weather, many tourist attractions (including Disneyland), and the presence of three international airports within 70 miles, the market outlook is positive.

The market is experiencing a period of economic strength and expansion, primarily led by the tourism and leisure industry and the presence of Disneyland and the Anaheim Convention Center, which continue to attract visitors and bolster lodging demand. %%ViewCount%% Views Comments
Share:
Subscribe To Newsletter