The Growing Use of Technology and Robotics in Food Service 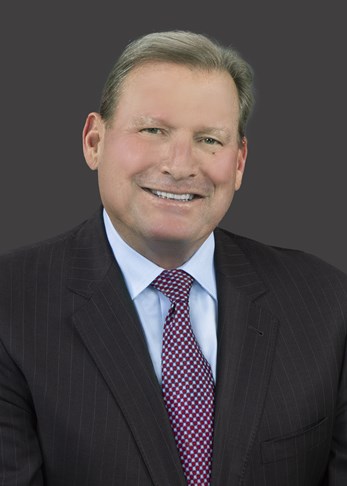 Opponents of artificial intelligence (AI) have long predicted the time will come when robots take over the jobs of human employees. That day has arrived, with a number of food service companies using technology in previously human-filled roles.

Reasoning Behind the Shift

Ever since vending machines started to dispense food in 1897, food service automation has gained ground, moving towards self-service and eventually machine services. There are multiple reasons why food service companies are looking for alternatives to the traditional ways of producing and serving food, including: All are very good reasons to replace human workers with robotics. A spokesperson for McDonalds cited these as well as the “tremendous” margin of human error, poor hygiene, a lack of education and laziness as additional reasons for the shift towards automation.

Here are some great examples of the progress made towards the use of food producing robots:
Other technological applications in the industry include Eatsa, a Silicon Valley-based chain of quinoa-only restaurants, which uses iPads in place of cashiers and servers and pops out food orders from a wall of high-tech cubbies, and McDonalds, which plans to spend more than $50,000 to install self-ordering kiosks and launch improved mobile app ordering and payment options at 20,000 restaurants in 2018.

Benefits to the Food Service Industry

The shift to food producing robots offers substantial benefits for the industry. Since some states have a major shortage of kitchen workers, the ratio of demand to supply has caused compensation costs to soar. In the San Francisco Bay area, for example, a line cook costs around $40,000 a year. Robots, however, don’t require sleep, don’t take vacations and hardly ever get “sick.” Apart from the obvious advantages of reducing employment costs, other labor-related benefits include the elimination of:
In addition, we can expect to see robot use resulting in less waste and safer food handling procedures, both of which are critical issues for the 21st century.


Looking to the Future

Food producing robots certainly seem to have a brilliant future, given the multitude of potential markets for them. The creators of Sally, for example, have a grand vision for her, according to Bloomberg. They are hoping to see her installed in hotels, convention centers, airports and gyms—wherever visitors check in late or room service is less than efficient.

Fast food chains will be able to exponentially increase their menu offerings, as well as adding healthier options with very little additional labor cost or other factors. Most types of robotic food preparation still require a component of human interaction, which fact offers entrepreneurial opportunities in itself.

At this point in time, robotics are not cheap. The restaurant version of Sally the Salad Maker currently costs around $30,000, although lease opportunities are available. The Wall.e’s workforce comes in at $10,000 per robot, and while Flippy is touted as a “$0 an hour” worker, obviously that is not the whole story. Whatever the cost, if food companies and restaurants compare it with labor costs, wastage, theft and other expenses, the investment begins to look very attractive.

It stands to reason some sectors of society will be unhappy about the idea of robots taking over human occupations, but even while Sally’s design makes human salad makers obsolete, it creates new jobs for food preparation workers.

There’s a new revolution taking place in food production and service, which includes complex processes such as preparation, cooking, delivery and serving. Robots are already routinely used for many of these tasks, and in activities where speed, consistency, sanitation control and high levels of repetition are required, they almost always beat human workers in terms of efficiency.

Court Williams is Chief Executive Officer of HVS Executive Search based in New York and has over 30+ years of retained Hospitality Executive Search experience within the Hotel, Restaurant, and Travel/Leisure industries. He began his career in the restaurant industry after graduating from Cornell’s Hotel School gaining operational experience prior to launching a career track in Human Resources with an international restaurant company. Having gained experience in executive recruitment from the brand side, the desire to work with a broader range of hospitality clients led Court to a career in retained executive search beginning in 1990. Court has expertise in leading senior hospitality executive searches across all functional areas including Board Director, CEO, Operations, Human Resources, Marketing, Finance, Development, Culinary and Supply Chain. His client base includes private equity firms, hotel management companies, restaurant companies, real estate investment firms and leisure venues. Court also leads the global growth strategy for HVS Executive Search and is on the Advisory Board of Shift One. He remains an active Cornell alumnus and is a student coach with Cornell University’s Hospitality Leadership Development Institute, as well as The Samuel Curtis Johnson School of Management’s MBA Marketing program. Court earned his Bachelor of Science degree in Hotel Administration from Cornell University. For more information contact Court at [email protected].