Brooklyn is renowned not simply for the Brooklyn Bridge, but also for its innovation economics, arts, and eclectic neighborhoods. Expansive commercial and residential development projects have created a new façade for this multi-faceted New York City borough. 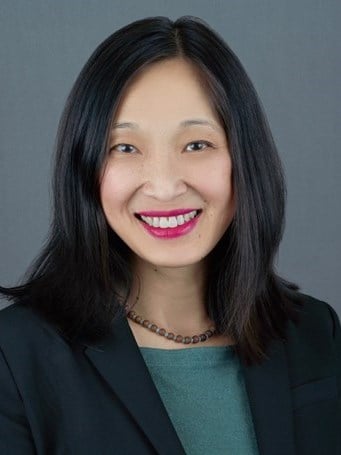 Brooklyn is renowned not simply for the Brooklyn Bridge, but also for its innovation economics, arts, and eclectic neighborhoods. Expansive commercial and residential development projects have created a new façade for this multi-faceted New York City borough. Its convenience to Manhattan, opportunities for redevelopment/adaptive reuse, and diversity of neighborhoods have bolstered Brooklyn’s appeal to entrepreneurs and business enterprises, as well as residents seeking relocation. The myriad of dining, shopping, entertainment venues, and attractions, plus the ease of access to/from Manhattan and the area’s three major airports, have also been instrumental in boosting Brooklyn’s popularity with domestic and international leisure travelers.

The borough benefits from economic diversification, with the healthcare sector as a major employer, and the technology industry playing an increasingly key role in the local economy. Technological advancements have continued to foster growth in many related subsectors and breathe new life into the manufacturing industry, primarily driven by the Brooklyn Tech Triangle that comprises Downtown Brooklyn, DUMBO (Down Under the Manhattan Bridge Overpass), and Brooklyn Navy Yard. MetroTech Center, situated in the heart of Downtown Brooklyn, attracts a variety of businesses from start-up companies to established entities such as Magellan Health, which opened a new office at the center in May 2019. According to the Center for an Urban Future, Brooklyn has experienced a 356% growth rate in tech-enabled start-up companies since 2008 as one of the major U.S. technology hubs, ranking second to that of San Francisco. The revitalization of Brooklyn Bridge Park area has also established the waterfront neighborhood as a desirable location for businesses. The Jehovah’s Witness World Headquarters relocated from Brooklyn Heights to Warwick, New York in 2017, enabling the adaptive reuse of the renowned Watchtower and corresponding former headquarters buildings into mixed-use developments featuring upscale office towers. Moreover, the 35-acre Industry City in Sunset Park houses businesses that further contribute to the borough’s technology, design services, and manufacturing industries.

Livability remains a focus of the local officials. The importance of green space is evident in the adaptive reuse projects along the Brooklyn waterfront areas. The six-pier redevelopment at the 85-acre Brooklyn Bridge Park and the creation of the six-acre Domino Park, in addition to well-established urban parks such as Prospect Park and McCarren Park, offer an abundance of green space and outdoor recreational areas for the community and visitors. The ongoing revitalization of post-industrial neighborhoods, such as Williamsburg and Greenpoint, have produced popular retail, dining, and nightlife venues along major commercial corridors such as Wythe Avenue, Bedford Avenue, and Metropolitan Avenue. Meanwhile, DUMBO has undergone major gentrification, where former warehouses have been revamped into independent shops, cafés, artist workspaces, and loft-style residences. The surrounding neighborhoods of Boerum Hill, Carroll Gardens, Cobble Hill, and Park Slope also feature a plethora of individualistic shops and restaurants, each area with its own different ambience. 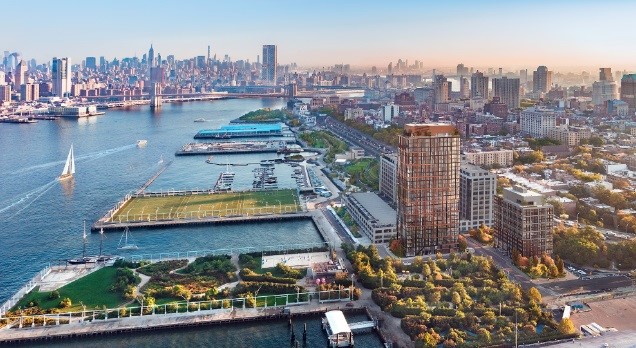 Continued growth within the borough has contributed to an influx of new supply in the past several years. Upscale lifestyle hotels have sprouted, boasting décor and amenities that complement the local community flair. The 185-key 1 Hotel Brooklyn Bridge boasts sustainability-inspired designs and breathtaking views of the East River and Manhattan. The William Vale in Williamsburg features 183 guestrooms and select public areas that offer expansive, panoramic views of the surrounding boroughs. In August 2019, the 187-key Hotel Indigo Williamsburg-Brooklyn opened along Metropolitan Avenue, featuring scenic city views. Hotel performance has remained relatively stable in light of the additional guestroom inventory. Leisure and tourism demand have softened in recent years given the vast amount of new supply in Manhattan. Recent changes, however, are anticipated to help alleviate some of the room-night loss. In December 2018, the New York City Council adopted a zoning amendment requiring a special permit for either the development of or the conversion to a transient hotel in M1 (manufacturing) districts, thereby placing strict limitations on hotel development. Moreover, Local Law 50 recently expired. The law had placed a moratorium on the conversion (of more than 20% of the floor area) of lodging facilities with 150+ guestrooms to non-hotel uses such as permanent housing. As such, a modest reduction in hotel rooms is anticipated for the future, which is expected to help offset some of the new supply. 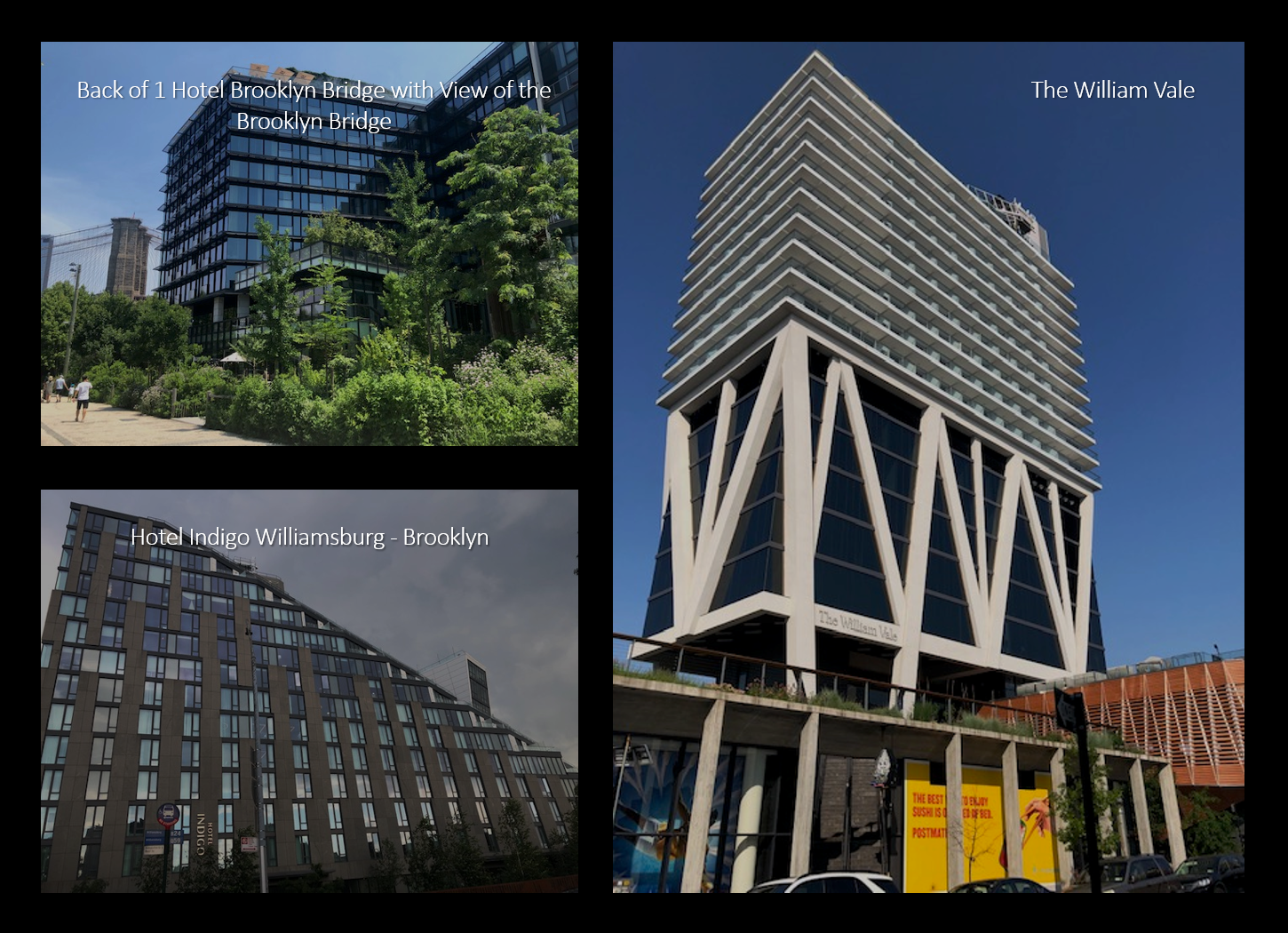 Brooklyn is poised for continued, gradual growth. As land and building availability decrease in Manhattan, residential and commercial development are anticipated to continue to rise within the Brooklyn area. Commercial demand growth is expected to increase at a modest pace as the healthcare sector remains an anchor employer and the borough strengthens as an innovation and technology hub. Its ease of access to/from Manhattan and convenience to/from JFK International Airport, LaGuardia Airport, and Newark Liberty International Airport should also continue drawing leisure and tourism demand to the borough.

Brooklyn is renowned not simply for the Brooklyn Bridge, but also for its innovation economics, arts, and eclectic neighborhoods. Expansive commercial and residential development projects have created a new façade for this multi-faceted New York City borough. %%ViewCount%% Views Comments
Share:
Subscribe To Newsletter