Indianapolis’s hospitality industry is experiencing a new supply boom, a result of continued demand growth across all sectors and an upcoming convention center expansion. 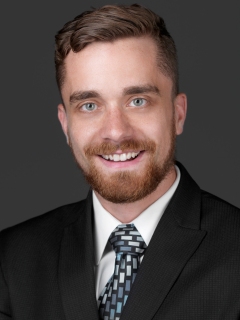 The Circle City is currently experiencing a period of growth led by the hospitality sector, sporting events, and citywide conventions, coupled with added jobs and expansions throughout the CBD from companies such as Salesforce, Rolls-Royce, and Eli Lilly. Downtown Indianapolis has welcomed a limited amount of new supply since 2011, experiencing roughly a 4% increase in rooms through year-to-date 2019. As demand continues to grow across all sectors, the new hotel pipeline has grown significantly (up to 20 hotels), with this new supply planned to range from midscale to luxury branded products. The new hotels will include both new construction projects and conversions of historic buildings and will total approximately 3,000 rooms, representing a 15% increase over the next three to four years.

Over the last eight years, several key employers in the area have either expanded or invested in their existing operations, including Rolls-Royce, Eli Lilly, and Cummins. Most recently, Salesforce relocated to the tallest building Downtown in 2016 and has announced continued expansion over the next few years. Employers throughout the CBD have increased corporate demand in Downtown Indianapolis, which has grown since 2015. Indy officials are actively looking for more opportunities to boost corporate demand, while leisure demand and meeting/group demand, particularly conventions, continue to increase.

Leisure attractions and events have continued to drive visitors to Downtown Indy. Major events in earlier this decade included the Super Bowl (2012), and Men’s NCAA Final Four (2015). Additionally, the Big Ten Men’s Football Championship and the Indianapolis 500 are held annually; whereas, the Big Ten Basketball Championship rotates among Indianapolis, Chicago, and New York City. The NFL Draft Combine has been held in Indianapolis since 1987, and city officials are working to keep the event Downtown. Similarly, the NFL Draft has been rotating cities each year, and Indianapolis may be one of the next stops in coming years. Indy has done a great job in attracting new events such as the NBA All Star Game in 2021 and the Men’s NCAA Final Four (on deck to host in 2021 and 2026). Additionally, the city has the infrastructure to bring back the Super Bowl, especially with the new supply growth throughout in the greater Indianapolis market, as the limited number of hotel rooms across the greater market was a downfall when Indy hosted in 2012.

Citywide events have been one of the strongest room-night generators in Downtown Indy since the Indiana Convention Center was last expanded in 2011, concurrent with the opening of the 1,005-room JW Marriott and three other Marriott hotels. Convention demand continued to grow until the controversial passing of the Religious Freedom Restoration Act (RFRA) in 2015, which caused some events to cancel. Over the last few years, however, events have increased. In the fall of 2018, Visit Indy announced a $120-million expansion and renovation of the convention center, including the possibility of two hotel towers totaling 1,400 rooms. Most recently, Visit Indy announced that only the 800-room Signia by Hilton would be built during this expansion, with plans to monitor the demand over the next several years to evaluate if an additional 600-room hotel could be supported. This expansion is the result of lost business over the last ten years due to the relative size of the convention center when compared with other major venues. Additionally, events that have been held in the city for years are outgrowing the existing space and room supply. Thus, the expansion will allow Indy to remain competitive with other secondary cities in the region, including Louisville and Nashville, among others, and is anticipated to bring new, citywide events to Downtown, while it continues to host events that have been in the city for decades. Although definite timelines have yet to be finalized for the new hotel and expansion, they are expected to be completed by 2022.

Since 2011, only four hotels have opened in Downtown Indianapolis: The Alexander, a Dolce Hotel, in 2013; Le Méridien in 2014; a Home2 Suites by Hilton in 2016; and the dual-branded Hyatt Place and Hyatt House in March 2019. The limited new supply has allowed hotel operators the ability to increase average rates since 2011, while maintaining a strong occupancy base. Demand has continued to keep pace with supply despite these openings. The new hotels planned for development range from midscale to luxury chain scales, with many hotels featuring upper-upscale product types, and include brands such as Kimpton, Tribute by Marriott, InterContinental, and Signia by Hilton. In recent news, the hotel currently under construction as part of a mixed-used development in the Bottleworks District will no longer be affiliated as a West Elm hotel but will remain an upper-upscale hotel, similar to the Iron Works Hotel in North Indianapolis. As noted previously, the convention center expansion initially included the proposal for two hotels, but the plan has since been revised to only one. Following this change, White Lodging announced that it would build a 206-room, dual-branded Moxy and AC Hotel by Marriott. Additionally, Dora Hospitality Group announced the development of a 118-room EVEN by IHG hotel. At the time of this article, all the listed hotels are anticipated to open by the end of 2021, with the exception of the 800-room Signia by Hilton. The new supply, including each hotel’s room count, chain scale, development stage, expected opening date, and address, is set forth in the table below. 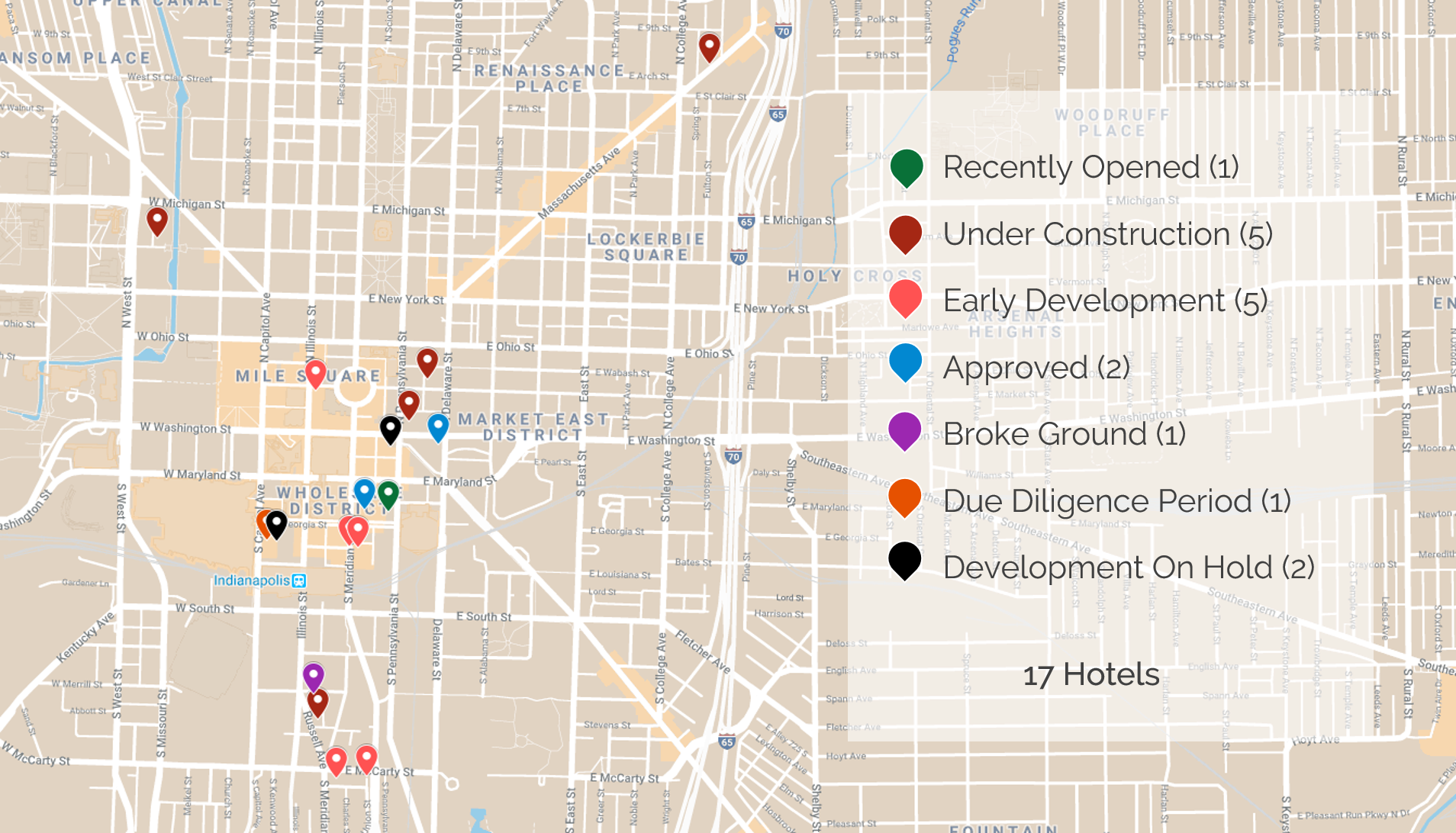 Downtown Indianapolis will be an actively watched city in the Midwest over the next several years; however, market participants are beginning to question whether or not demand will continue to keep pace with the 3,000 new rooms in development. However, the expansion of the convention center and addition of another large convention hotel is expected to assist in generating more convention-related demand, along with the continued attraction of large sporting events and an increased corporate presence Downtown. Ultimately, Downtown Indianapolis is showing no signs of slowing down and should be prepared for the next wave of growth within the Circle City.

Justin Kaminski, a Vice President with HVS Chicago, has managed food & beverage operations and revenues for full-service resorts, Downtown Chicago hotels, and at McDonald’s famous Hamburger University. Prior to joining HVS, Justin worked for Kimpton Hotels as an Area Revenue Analyst, examining new opportunities for revenue generation and effective yield management for four of the company’s luxury hotels in Chicago. Justin earned a BS in Hospitality and Tourism Management from Purdue University. For more information, contact Justin at [email protected] or (312) 256-1057.