Boise’s influx of new hotels since 2016 resulted in a year of absorption in 2019. This article reviews Boise’s current economic projects, tourism trends, the impact of the hotel development pipeline, and the per-diem rate increase in 2019, as well as the outlook for 2020. 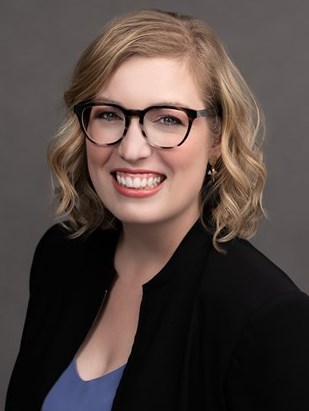 Boise, the Gem State’s capital, awarded the title of Americas’ fastest-growing city by Forbes magazine in 2018,[1]  has continued to show robust economic growth in 2019. Key developments include a major announcement in Nampa, expansions occurring at Boise Airport, and a steady events/convention calendar for the upcoming year at the Boise Centre.

The greater Treasure Valley is poised for further growth, fueled by the development of the announced Amazon fulfillment center coming to Nampa, a Boise suburb. The facility’s 650,000-square-foot warehouse is slated for completion in the fall of 2020 and is expected to create 1,000 jobs. Based on Amazon’s track record, this development should act as a catalyst for the local economy, boosting nearby supply chain companies, e-commerce storage facilities, and activity at Boise Airport. According to Amazon, the company already invested over $14 million in the state of Idaho between 2010 through 2018.[2]

Based on unprecedented airport statistics, recent data indicate that the addition of direct flights to new cities, as well as the higher frequency of flights to existing destinations, significantly boosted passenger traffic at Boise Airport in 2019. During the summer of 2019, year-over year passenger traffic registered a 5.8% increase. According to local news sources, a major multi-year capital improvement plan for the airport was approved in 2019 and is to be completed by 2024 with funding of approximately $200 million.[3] The funds are to be given by onsite rental car agencies and airlines, as well as bonds. The expansion is anticipated to include a new Concourse A, expanded public and employee parking garages, and a new rental-car facility. Upon completion of these three projects, the existing Concourse B will be remodeled.

Boise’s convention center, the Boise Centre, underwent a major expansion in 2016 and 2017, allowing for a substantial increase in the number of conventions and attendees, with a focus on larger conventions. Convention center representatives shared that the strategic efforts of the Boise Centre in the near future are expected to be focused on attracting fewer but higher-attended conventions among select target groups, such as emerging tech sectors (including data storage). This effort has already resulted in 2021 tentative bookings outpacing 2020. Tax collection data for the downtown Greater Boise Auditorium District, as provided by the Boise Centre, illustrate the positive development of tourism in Downtown Boise since 2009 and indicate that the occupancy tax is anticipated to surpass its 2019 budget due to strong visitation levels. The data show that hotels have realized robust growth over the last decade based on the rising tax collections, which are tied to heightened occupancy levels. 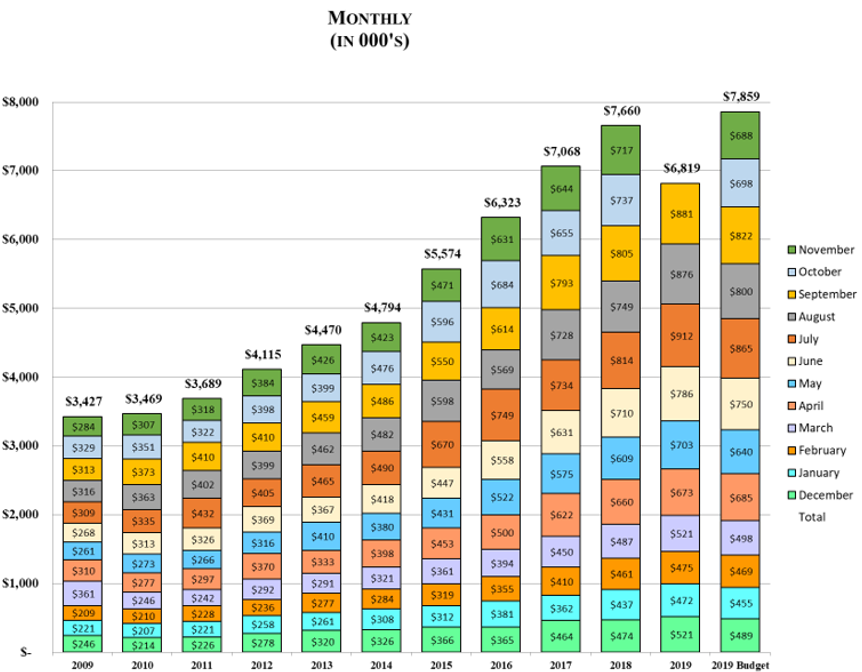 Among major tourism drivers for 2019 were the 2019 U.S. Youth Soccer Far West Regional Championships in June and the two-day Garth Brooks concerts in July. Upcoming major events include the 2020 Big Sky Men's and Women's Basketball Championships in March and the Jaialdi Basque Festival in August 2020; this festival only reoccurs every five years and attracts more than 35,000 visitors.[4] In 2021, the NCAA Division I Men’s Basketball Tournament will return to Boise State University after hosting the event successfully in 2018.

Given the economic strength and demand growth, Boise’s boom in hotel construction is continuing after the first wave of new supply hit the market in 2016 and 2017. A total of 870 hotel rooms were added to the existing inventory in Greater Boise during that time, with a majority of hotels belonging to the upper-midscale class. Among the largest hotel openings were the 185-room Residence Inn Downtown/City Center and the 150-room Hyatt Place Boise Downtown.

In 2018, four more hotels opened their doors, as illustrated in the following map, including the Comfort Inn & Suites at Boise Airport, the Hilton Garden Inn in Downtown Boise, and the Home2 Suites by Hilton in Nampa. The fourth hotel was the state’s first Tru by Hilton property, which opened in Meridian in the spring of 2018.

The following map illustrates new and proposed hotel supply in the Treasure Valley. The proposed Home2 Suites by Hilton in Downtown Boise, which is anticipated to open by the end of 2019 or in early 2020, is nearing its completion. Similarly, the proposed Elder Street Hotel is in the final stages of construction near Boise Airport. According to conversations with hotel management representatives associated with the project’s developer, Burgess Investment Group, the hotel’s opening is slated for March 2020. The hotel will be operated independently of a flag; however, its service level and economy asset class will be similar to that of a MyPlace-branded, extended-stay hotel product. The two hotel projects will add 207 hotel rooms to the market inventory. Noteworthy is also the extensive $4-million renovation of the Red Lion Inn & Suites Boise Airport in 2019, which brought the 31-year-old property up to industry standards. In addition, at the end of 2019, Boise bid farewell to the 103-room Safari Inn hotel after its ground lease expired.[5] The hotel had welcomed guests for 52 years. Plans by Revolve Development for one of the hotel’s buildings call for a conversion of the hotel rooms to 45 apartments. The second building, which is owned by a separate legal entity, could be redeveloped into a new 60-room hotel, according to local news sources.[6]
Hotels Under Construction or Recently Approved in 2019

Based on our conversations with local hoteliers, the impact of the new supply is evident in the performance of Boise’s hotels. The year of 2017 marked the onset of a market-wide occupancy decline, which continued in 2018, as additional hotel openings put further pressure on the market, which led to price discounting across the Boise market, as hotel managers sought to yield-manage rates during peak dates. As a result, despite steady rate growth in 2017, average daily rates fell for the first time since 2010 in 2018 as the market continued to absorb the new supply. As of late 2019, it appears that the Boise hotel market has entered a period of rate recovery in light of continued demand increases powered by a strong and diverse local economy. In contrast, occupancy levels are expected to decline by year-end 2019. Occupancy levels are anticipated to remain flat as the market continues to absorb additional new supply; however, local hoteliers have shared their optimism for 2020 and are expecting small rate gains in the future.

In October 2019, government travelers in Ada County benefited from a major increase in per-diem rates, when the U.S. General Service Administration raised the daily allowance for lodging expenses from $94 to $137 for the fiscal 2019/20. This upward adjustment is anticipated to shift demand patterns in the Boise submarkets. Downtown hotels, which did not previously pursue these travelers based on their restricted travel budgets, may now be able to capture government demand by slightly discounting their rates. As a result, some hoteliers expect further rate discounting in the government segment in 2020.  Based on our research, historically, government travelers have primarily stayed at hotels near the airport. These travelers could look to new hotels in Downtown Boise given their proximity to many government agencies and institutions.

Based on various commercial and residential projects throughout the Boise MSA, the outlook for the Boise hotel market in 2020 is cautiously optimistic. Furthermore, the convention center’s steady booking pace should benefit the downtown hotel market, with 40 definite conventions on the books in 2020 and 31 confirmed conventions scheduled in 2021. On the one hand, it is anticipated that compression, which previously resulted in overflow to the outlying areas during citywide conventions, will soften as a result of the new supply. On the other hand, the new hotel supply enabled the City to attract and capture a higher number of larger conventions, which it previously had been unable to accommodate due to supply limitations. Moreover, the arrival of Amazon’s fulfillment center should act as a catalyst for the suburban areas of Boise, including Nampa and Meridian.

HVS continues to regularly consult in this city, with a nearby office in Portland, Oregon, led by Kasia M. Russell, MAI. The Portland HVS team is ready to assist you on any consulting need you may have. Drew Noecker with HVS Brokerage & Advisory can also discuss any asset you may be considering selling in 2020.

Eileen Bosworth, a Senior Project Manager with the HVS Portland office, has been building on her international hospitality sales and operations experience to deliver limited-service to select-service hotel appraisals, market studies, and feasibility studies at HVS since October 2018. Besides specializing in rural markets in Oregon, Eileen’s expertise extends to Idaho, particularly the greater Boise area, and eastern Washington State. For more information, contact Eileen at [email protected] or (970) 420-7161.

Boise’s influx of new hotels since 2016 resulted in a year of absorption in 2019. This article reviews Boise’s current economic projects, tourism trends, the impact of the hotel development pipeline, and the per-diem rate increase in 2019, as well as the outlook for 2020. %%ViewCount%% Views Comments
Share:
Subscribe To Newsletter