An overview of the Bahrain hotel market 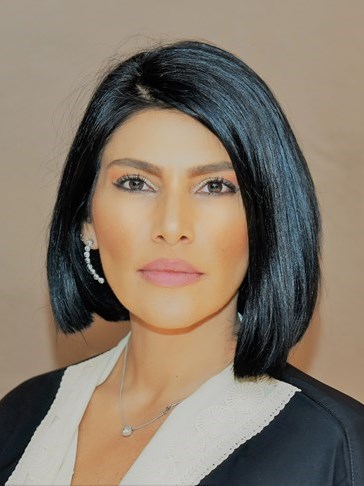 In this article, we present an overview of the Bahrain hotel market. We address changes in macroeconomic factors, tourism visitation and hotel performance. From historical trends and our understanding of current developments and government initiatives, we present our opinions on the Bahrain market’s outlook and opportunities.

The Kingdom of Bahrain is an archipelago of 33 islands situated in the Persian Gulf, covering a total area of about 665 km². Bahrain Island, home to the capital city Manama, is midway between the coasts of Saudi Arabia, to the west, and Qatar, to the east. Iran is about 200 km away to the northeast, across the Gulf. King Fahad Causeway, which opened in 1986, is the main point of access to the kingdom and it links Bahrain to Saudi Arabia and Kuwait. In 2008, Bahrain had approximately 1,050,000 inhabitants. Most of the country’s population is concentrated in the north, around the capital Manama, and in 2008 almost 50% of the population were expatriates. The population is expected to reach 1,540,000 by the end of 2012, with the majority being expatriates.

A constitutional monarchy since 2002, Bahrain balances key alliances (the USA and the UK) with good regional relations (Saudi Arabia, Kuwait and the UAE). Internal politics remain stable in spite of minor tensions between a Sunni-dominated political elite and the Shia majority. Despite concerns of a potential conflict between the USA and Iran, we expect the overall positive political status-quo to remain in the near term.

With the aim of diminishing its reliance on oil revenues, Bahrain has established itself as a regional hub for the rapidly growing Islamic finance industry. Its high business environment rating, which is based on good scores in financing, infrastructure, foreign trade and exchange controls, has led to a free trade agreement with the USA in 2006. While Bahrain aims to join a currency union with four other GCC states (Saudi Arabia, Kuwait, Qatar and the UAE), the current economic conditions have shifted priorities away from monetary negotiations and towards managing the effects of the global slowdown.

Bahrain’s vulnerability stems from its exposure to the global financial system (a large portion of its banks are either foreign-owned or operate offshore) and its investments in regional real estate developments (most notably Dubai). On the positive side, the small scale of its economy and its traditionally prudent approach to economic development may enable the kingdom to capitalise on some of the downturn’s side effects, such as cheaper construction materials and an increased availability of skilled labour.

Guided by the comprehensive vision of the 2030 Bahrain National Plan, considerable public and private investment has been planned in order to improve infrastructure, commerce and tourism in Bahrain.

Given the insular nature of Bahrain, infrastructure that allows access from outside is of foremost importance to the hotel industry. We summarise the most important planned improvements as follows.

The kingdom’s public transport system will be improved by a Light Rail Transit (LRT), connecting Juffair with Manama and the Diplomatic District with the airport. This project is expected to be completed by 2013.

Pursuing the strategic development goal of increasing tourism revenues to 10% of GDP by 2014, a tourism master plan was adopted in 2007. We summarise the two main recommendations and our understanding of steps already taken to achieve them as follows.

We note that the two largest projects, in terms of estimated capital employed, remain Durrat Al Bahrain and Diyar Al Muharraq. Among the most recent mega-development announcements we count Dilmunia, a master plan island development positioning itself as a global leader in the promotion and enhancement of health and well being. Lulu Island has been rebranded as Reef Island for some time now. Although the Al Salam Resort development was cancelled at the beginning of 2009, unofficial sources suggest that steps are being taken to revive the project.

A trend we have noticed is the stretching of development schedules and finalisation dates. In some cases, such as Amwaj Islands, the pushing of completion dates into the future is in line with a strategic choice to encourage an organic development of diverse individual projects. In other cases, such as Bahrain Bay, the government has reportedly suggested that completion dates are delayed to ensure the synchronisation of waterfront developments with the evolution of infrastructural developments. As delays caused by economic difficulties are not generally made public, we recommend prudency when relying on currently published opening dates.

Visitation and the Hotel Market

Bahrain’s tourism relies on regional visitation; GCC nationals accounted for 94% of leisure visitors between January and September 2008. Europeans and Americans accounted for 5% of leisure tourists and roughly 18% of business visitors. As Bahrain’s tourism product improves and efforts to promote the country overseas increase, we expect to see an increase in the volume of tourists from outside of the region.

The main mode of travel to Bahrain in 2008 remained the causeway which links it to Saudi Arabia (78%), followed by airport arrivals (21%). Water travel remained insignificant. We note that airport arrivals in 2008 increased by roughly 20% on 2007. Although the ongoing infrastructure developments will impact this segmentation, causeway travel is likely to remain the dominant mode of travel, even when these developments are completed in 2013.

Tourism seasonality in Bahrain is due mainly to the local climate (in July and August), Ramadan (which changes from year-to-year as it is based on the lunar calendar) and the timing of significant local events and exhibitions (such as the Formula One Grand Prix and the Spring of Culture Festival in April and the Jewellery Arabia Exhibition and Eid Al Fitr in November). The low season generally falls in July to September. January and June are the shoulder months.

In 2008, five-star hotels accounted for 28% of the rooms in the market; this category is predominantly represented by renowned international operators. Four-star hotels accounted for 38% of the market; however, with few exceptions, these hotels tend to be locally branded. The performance of five star hotels in 2008 has surpassed 2007’s results, as the economic downturn only started to have an impact on Bahrain in December 2008. We estimate that five-star hotels have achieved close to 75% occupancy and almost US$300 in average rates. These results are consistent with the growing trend we have observed over the last couple of years. While occupancies have increased at modest yearly rates of 1-2%, average rates have benefited from the influence of the five-star owners cartel and have increased by more than 20%.

The only recent addition to the five-star hotel supply in Bahrain is the Banyan Tree Resort & Spa in April 2007. However, a significant number of new hotels are expected to enter the market in the next few years. Owing to the intensified uncertainties created by the current downturn, we only present the supply that we consider most likely to materialise between 2009 and 2011; we include the opening dates for illustrative purposes only.

Bahrain has set an ambitious tourism goal and it is taking steps to provide the necessary strategic guidance (with an independent public-private tourism development authority). The country has committed to improving its infrastructure in order to handle increased visitation, and it is set to significantly expand its leisure offering as additional phases of mega-developments are finalised.

Should Bahrain muster the necessary strategic resources to capitalise on the undertaken infrastructural and tourism developments, a successful positioning as an international leisure and MICE destination would secure its standing as a gateway to the Gulf region of the Middle East.

No investment decision should be made based on the information presented in this article. For further advice please contract the authors.

HVS has a team of experts that conducts our operations in the Middle East and North Africa. The team benefits from international and local backgrounds, diverse academic and hotel-related experience, in-depth expertise in the hotel markets in the Middle East and a broad exposure to international hotel markets. Over the last three years, the team has advised on more than 150 projects in the region for hotel owners, developers, lenders, investors and operators. HVS has advised on more than US$25 billion worth of hotel real estate in the region.

Note: No investment decision should be made based on the information presented in this article. For further advice please contract the authors.

Hala is an experienced Managing Partner and Hospitality Advisor with a demonstrated history of working in the hospitality industry. Skilled in Contract Negotiation, Feasibility Studies, Development Recommendation, Valuation, Asset Management, and Strategic Advisory; she has advised on more than 2,500 hospitality and mixed-use projects in the last 15 years across Europe, MEA and Asia. Hala has in-depth expertise in regional hotel markets and a broad exposure to international markets and maintains excellent contacts with developers, owners, operators, investment institutions and government entities. Hala speaks frequently at investment coneferences on a range of topics including asset valuation, management issues and women leadership.

Hala completed Executive Education at Harvard Business School.  She also holds an MBA in Finance and Strategy from IMHI (Essec- Cornell) University, Paris, France and a BA in Hospitality Management from Notre Dame University, Lebanon. Hala is fluent in English, French and Arabic.

Hala is a board member of Harvard Business School club of the GCC and is a mum of three. Born in Beirut, Hala lived and worked in a number of cities across Europe, Asia and Middle East.