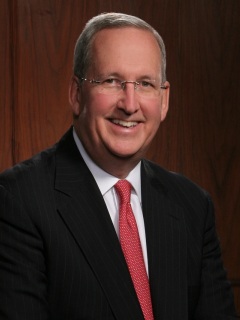 I always wondered how a hotel would operate financially if it were located in different parts of the world. To demonstrate these differences and show the impact on the net income, I developed the following side-by-side comparison of the revenue and expense for a proposed 200-room Marriott type hotel, assuming it was located in the following five regions: China, Europe, India, South America and the U.S.

Let’s assume the projected occupancy and average rate are the same in each market, which will produce identical rooms revenue. The rest of the revenue and expense items will be projected by my local HVS partners based on how this Marriott hotel would be designed and operated in that particular region. For example, in India, a Marriott hotel would typically have significantly more food, beverage and banquet outlets thereby generating more food and beverage revenue than a Marriott hotel in the U.S.

Click here to download the detailed chart of revenue and expense showing the side-by-side comparison for the five regions as of the Marriott’s fourth year of operation.

Base on the financial statements set forth, it is apparent there are many similarities and differences in the mode of operation and the resulting impact on revenues and expenses for hotels in various parts of the world. Let’s take a closer look.

Rooms Revenue
The underlying assumption for all five markets is the subject property is a 200-room Marriott hotel in its fourth year of operation in 2014. The occupancy is 71% and the average rate is $250, which produces rooms revenue of $12,958,000.

Food and Beverage Revenue
India shows the highest food & beverage revenue of $9,517,000 compared to the lowest, with China at $6,312,000. Indian hotels typically have extensive food and beverage outlets — usually several restaurants and extensive banquet rooms. Some of the best restaurants in India are located in hotels. The large Indian weddings are often held in hotel banquet rooms. Travelers also appreciate dining in a hotel since driving in the large cities can be challenging and time consuming. Hotels in China also attract banquet business, but their restaurants don’t cater to as many locals as Indian hotels. The European Marriott is second to India in food & beverage revenue with a volume of $7,390,000. Locals in Europe will often frequent hotel restaurants and utilize their banquet facilities. South American and U.S. hotels derive similar levels of f&b revenue.

Telephone Revenue
India and South America show the highest telephone revenue with a volume of $630,000 and $466,000 respectively. India hotels derive significant revenue from Internet charges, which are very expensive in this region. The U.S. telephone revenue is $96,000 and Europe is a low $22,000. China does not separately account for telephone revenue but puts it in Other Income.

Spa Revenue
India’s spa revenue is the highest at $950,000. Upscale Indian hotels typically have extensive spa facilities that cater to both hotel guests and the local community. Spa revenue for China, Europe and the U.S. ranged from $241,000 to $413,000. South America does not show spa revenue because hotels of this size typically have very small spas and the income is insignificant.

Garage Revenue
A hotel in China typically has garage revenue and for this property it was estimated at $307,000. The other regions did not specifically include garage revenue, but it could be included in other income.

Rooms Department Expense
Major financial operating differences among the different regions become apparent when the rooms department expense percentage is compared. India has the lowest at 10.4% and Europe is the highest at 30%. China, South America and the U.S. are similar at around 22%. India’s extremely low labor cost is the primary reason why the rooms department expense is so low. Indian hotels appear overstaffed, and usually provide a high level of service. However, wages are extremely low there, which results in a highly profitable department. Europe’s labor costs are very high. Unions, government regulations, vacations and benefits, high cost of health care and social security contribute to staffing costs and a high rooms department expense.

Food and Beverage Department Expense
Again, India with its low labor cost has a f&b departmental expense ratio of 45.5%. The other regions of the world are fairly consistent with a cost ranging from 64% in China to 68.6% in the U.S. It appears Europe’s higher f&b volume helps control the expense ratio at 67.8%. Food & beverage labor is not as large of a component of the f&b department as it is in the rooms department.

Telephone Expense
In all areas of the world, the telephone department makes a small profit except the U.S., where it loses money. This can be attributed to the low telephone revenue in the U.S.

Garage Expense
Good profit is made in the garage of China hotels with an expense ratio of 25.4%.

Marketing
The U.S. has the highest marketing expense at $6,090 per room, followed by South America at $5,430. India is at the lowest at $3,020. The competitive environment in the U.S. is particularly difficult and requires higher expenditures in marketing.

Income Before Fixed Charges
With its high f&b coupled with very low departmental expenses, the proposed Marriott in India generated income before fixed charges of $12,528,000, which was 51% of total revenue. The other four markets had a fairly tight range of IBFC of $8,014,000 for Europe and up to $8,788,000 for the U.S. These profit ratios are about 40%.

Management Fees
The base management fee for all the markets was 3% of total revenue except for China and India, which was 2.5%. China is a particularly attractive market for international hotel companies who compete aggressively to obtain management contracts.

Reserve for Replacement
All the markets utilized a 4% of total revenue reserve for replacement except the U.S., which used 5%.

The following are several additional expenses that are deducted by typical buyers of hotels in the regions where they operate. As appraisers, it is important to reflect the actions of typical buyers and sellers and include these expenses in the revenue and expense statement if they are customary deductions used by market participants. For example in China, it is normal for buyers to deduct a business tax. This type of tax is normally deducted in other regions of the world.

Business Tax
An additional tax normally deducted in China, which amounted to $1,117,000 or 5.5% of total revenue.

India leads the list showing a net income of $9,602,000, which is significantly higher than the other regions. South America is the lowest at $4,904,000. Even if you deduct an incentive management fee for the U.S., it would still be the second highest at $6,351,000. At least from a profit point of view, these results show why India has been getting so much attention from hotel companies looking to do business there. On the other hand, even with the growth of Brazil, South America is not as active in new development compared to India, the U.S. and China.

Stephen Rushmore is president and founder of HVS, a global hospitality consulting organization with offices around the world. Steve has provided consultation services for more than 12,000 hotels throughout the world during his 35-year career and specializes in complex issues involving hotel feasibility, valuations and financing. He can be reached at [email protected] or 516 248-8828 ext. 204.

Steve Rushmore is the founder of HVS, a global hospitality consulting organization with more than 50 offices around the globe. He is focused on future office expansion and new product development outside the United States. Steve has provided consultation services for more than 15,000 hotels throughout the world during his 40-year career. For more information contact Steve at [email protected]