Tourism remains a cornerstone for Charleston, with Condé Nast readers ranking the city the top destination in the U.S. and the world. Other developments across the range of Charleston’s economy are also driving hotel demand and average rates. 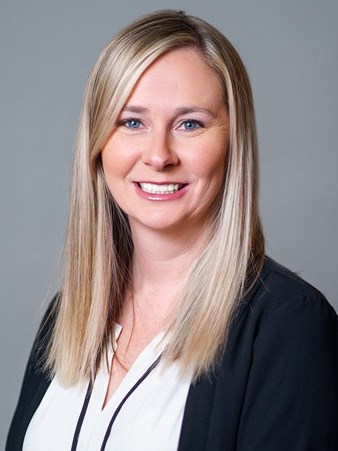 Charleston, South Carolina enjoys worldwide recognition as one of the fastest-growing cities in the South. A renowned tourist destination, Charleston’s attractions include quaint antebellum streets, Civil War-era forts and plantations, historic homes, antique shops, and art galleries. The city is also close to some of the finest beaches on the Atlantic coast. Condé Nast Traveler readers ranked Charleston the top tourist destination in the U.S. in 2011 and the top in the world in 2012. The city is also an important port, boasting the second-largest container seaport on the East Coast and the fourth largest in North America. Charleston is also becoming a prime location for technology jobs and corporations. Rapid growth of biotechnology and medical research companies is occurring in the downtown area, coupled with substantial expansions of hospital facilities. These features and entities drive demand to Charleston hotels, which have realized a rebound since the recent recession.

Growth in employment in the manufacturing sector has been crucial to Charleston’s recovery. According to data provided by the U.S. Bureau of Labor Statistics, as of November of 2012, employment in this sector was up 19.6% from 24 months prior.

The following chart illustrates unemployment statistics for Charleston, the MSA, the state of South Carolina, and the U.S. from 2002 through 2011. 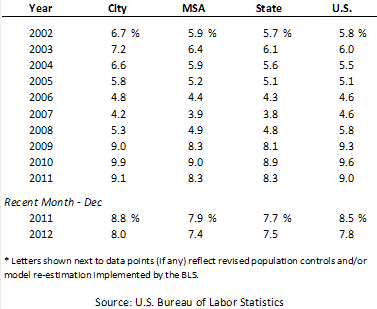 Top economic drivers and hotel demand generators for Charleston include Joint Base Charleston, the Medical University of South Carolina, Roper St. Francis Healthcare, and Boeing. As of September 1, 2012, Boeing had completed three 787 planes at its $750-million facility in Charleston. The company has requested to enlarge the permit area by an additional 11.3 acres to accommodate a facility expansion, which should be completed in February of 2014; Boeing also recently announced an investment of $1 billion in the area, which would create 2,000 new jobs over the next eight years.

Clemson University opened a $98-million wind-turbine testing facility in North Charleston in the fourth quarter of 2012; this site is now the world's largest wind-turbine drive-train testing facility. Furthermore, significant plans are tentatively in place to expand the Port of Charleston in order to accommodate demand generated by the ongoing Panama Canal expansion, and plans for a new Union Pier Cruise Terminal were unveiled in June of 2011; the new terminal facility is scheduled to open mid-year 2013, with the completed port expansion anticipated in 2019.

Hotel Construction Update
According to HVS research, seven new hotels are currently in the pipeline for the Charleston market, including the following:

While many new hotels are expected to enter the market in the coming years, the percentage increase to the overall market supply will be minimal. In addition to the hotels listed above, there have been several other projects proposed for Mount Pleasant, Downtown Charleston, North Charleston, and Summerville; most of these projects are expected to be officially announced in the latter half of 2013.

Outlook on Market Occupancy and Average Rate
According to the Office of Tourism Analysis at the College of Charleston, Charleston County hotels registered an occupancy rate of 70.5% in 2012, an increase of 0.8% from 2011. Average rate increased 5.2% from 2011, bringing the average daily room rate to $123.40 in 2012. RevPAR for the Charleston market rose to $88.14, a 6% increase from 2011. The Peninsula submarket reported the highest occupancy rate, 79.9%, while West Ashley posted the largest increases in occupancy and RevPAR. The East Cooper submarket noted the largest increase in average daily rates.

Despite all the proposed new supply that is expected to enter the Charleston area over the next several years, occupancy is anticipated to remain strong in the area. There is a significant amount of unaccommodated demand in the market, which this new supply is expected to satisfy. The entrance of higher-rated hotels should also allow hotels in the market to increase their rates. The Charleston area’s government per diem of $132 heavily influences the hotels in the area, primarily in North Charleston, which receives a large amount of military demand. While hotels in Downtown Charleston typically command higher rates overall, the relatively high per-diem allowance brings up the average for hotels in North Charleston, particularly those near the Air Force Base.

Recent Hotel Transactions
The following table illustrates hotel transactions in South Carolina over the past two years; the Charleston area hotels are highlighted.

While not as many transactions were noted in 2012 as in 2011, local brokers anticipate an increase in transactions in 2013. According to market participants, limited-service hotels will likely make up the bulk of transactions in 2013. Hotels in the Charleston area typically fetch the highest price per key in all of South Carolina due to the strong real estate market in Charleston.

Brokers’ Outlook
Josh Williams, Senior Managing Director of Paramount Lodging Advisors, reports that Charleston’s lodging and residential sectors are following similar trends, with interest rates at historic lows and demand improving across the market. Most market participants agree that the current cycle has hit its trough and the area is in the midst of recovery. Development is moving forward rapidly, and this pace is expected to continue.

New construction loans at very attractive floating rates tied to LIBOR are available for developers of well-branded, tightly scrutinized hotel projects; the upside of these rock-bottom interest rates ameliorates some of the downside of significant contingent liability. The major higher-end, select-service brands have pushed for new "prototype" hotels, which they are moving out in place of older more established properties. This opens up markets that have been previously closed to new development and represents an aggressive but encouraging shift in brand leverage.

With a solid recovery underway and new development on the fast track, loans will continue to mature and refinancings of hotel properties will occur en masse, as is the case with the residential market. Some transactions will be expedited, while others will be delayed. New branding opportunities are an available route as well. Overall, key market indicators support predications for a solid growth cycle through 2017.

Conclusion
Charleston’s status as an international tourist destination helps hotels sell out continually during special events like the Southeastern Wildlife Exposition, the Copper River Bridge Run, and the Spoleto Festival. Charleston also sells out most nights during the peak season from March through July. During the off-season, the military and healthcare sectors remain key demand drivers for the market. The entrance of new supply over the next two years should be quickly absorbed, as occupancy is over 70% for Charleston County and demand generators such as Boeing and the Port of Charleston continue to expand. Hence, the outlook for the market is optimistic.

Heidi Nielsen, the Managing Director of the HVS Charleston office, conducts hotel appraisal and consulting engagements in markets throughout the South. Her assignments range from single-asset and regional hotel portfolio appraisals to feasibility studies for proposed full- and select-service hotels. Heidi earned her bachelor's degree from the College of Charleston and gained front-line hotel experience with The Sanctuary at Kiawah Island Golf Resort. Contact Heidi at +1 (843) 847-1986 or [email protected].

Tourism remains a cornerstone for Charleston, with Condé Nast readers ranking the city the top destination in the U.S. and the world. Other developments across the range of Charleston’s economy are also driving hotel demand and average rates. %%ViewCount%% Views 2 Comments
Share:
Subscribe To Newsletter