The Hunter Hotel Conference brought out insights from every corner of the industry, marking potential upsets and opportunities to gain ground for U.S. hoteliers in 2016.

At last month’s Hunter Hotel Conference in Atlanta, discussions revolved around change, though the theme might be better characterized as uncertain anticipation. Hoteliers have long been anxious about incursions into their territory from Airbnb, though experts are saying that the threat is largely benign. The transactions market is slowing, though rates and RevPAR should post gains in 2016, indicating that U.S. hotel performance remains on firm ground. The industry has been preparing for Marriott’s historic acquisition of Starwood. How will things shift now that Anbang has stepped in to offer an all-cash buy? What are hoteliers to make of the current, ambiguous state of the industry, which is neither in a clear advance or decline? Here are some of the major insights from Hunter 2016.

The “State of the Industry” panel revealed a variety of positions on the subject of whether to buy or sell this year. Some panelists claimed to be “net buyers,” while others were putting all their energy into assets already in hand. Still others were keeping a close watch on shifts in market conditions, angling for a position to make the best deals.

Owners of large portfolios at the conference stressed that they are not in the market for more hotels; this position was echoed by owners of single assets. The hesitancy on new acquisitions reflects the tightening of the debt markets, with owners focusing on training, service, and overall product quality at their hotels.

Overall, hotel transaction volume is expected to decline in 2016. Furthermore, debt refinancing will be a major concern heading into 2017, with some $200 billion in CMBS market loans coming due from 2010/11 transactions.

Hotel owners were advised to begin now on property improvements, as well as to invest in sales and marketing efforts to capture demand and maximize guest experience and revenues. This is all aimed at helping hoteliers broaden and maintain strong levels of demand and guest loyalty when the inevitable down cycle does commence.

How unique does a hotel’s (or brand’s) experience need to be, especially to capture increasingly vital demand from the “millennial” segment? It’s crucial to differentiate, experts on the “Design to Inspire: Creating the Unexpected” panel said. It’s also crucial to stay up to date with technology and its incorporation into modern hotel room design. The basics, however, will leave the biggest impression on guests—high-quality towels and toiletries, cleanliness, and comfortable beds are still the foundation of a good guest experience.

As a panel of hotel industry insiders discussed the future impacts of new supply, the unavoidable subject of Airbnb crept into the conversation. Panelists agreed that Airbnb doesn’t pose a threat—at least not an imminent one—to traditional hotels, whether branded or independent. They stressed, too, that the impact of Airbnb depends on the market. Data for the Manhattan lodging market, where scrutiny on Airbnb is high, indicate that the number of compression nights and the average rate premiums achieved on those nights has varied little in recent years.

Tyler Morse, CEO and managing partner of MCR Development, said that hotels in suburban markets, in particular, have little to fear from Airbnb bookings taking away from their demand capture. He also emphasized that the typical hotel guest, regardless of market, still seeks out the security offered by established hotel brands. Morse went as far as to call Airbnb’s way of doing business (e.g., exempt from the fire, safety, and tax regulations that hotels have adhered to for decades) as the “wild, wild West.” In the opinion of many hotel experts at the Hunter conference, those days are numbered.

Hotel owners and data analysts at the Hunter conference stressed that while year-over-year performance for 2016 might not show the same leaps and bounds it did last year, that doesn’t mean performance is at a standstill or falling. STR’s Jan Freitag, CBRE’s Mark Woodworth, and TravelClick’s Katie Moro all presented data supporting a continued healthy balance of hotel supply and demand in most segments. These data support the stance that hoteliers in most markets are in a prime place to push average daily rate.

Construction has continued to move forward in 2015 and 2016, and total supply is expected to increase by almost 2% in 2016 and 2017. Demand growth is still forecast to outpace new supply growth in 2017, but more modest occupancy growth is anticipated that year; hotels should continue to be able to achieve average rate growth around 4%, resulting in improvements in RevPAR in the next two years. Panelists were concerned that neither the overall labor market nor wages and salaries have kept up with economic growth, cutting into budgets for travel and accommodations, which particularly affects low and middle income travelers. Despite the unknowns, industry experts are forecasting domestic demand to grow at 3% in 2016.

An overall increase of 5% in RevPAR is expected by year-end 2016, driven by rising average rates. Occupancy growth across the chain scales is relatively limited, but it should be noted that upscale, upper-upscale, and luxury hotels, which have registered occupancy levels in the mid-70% range, have little room for further growth. With historically lower occupancy levels, economy to upper-midscale hotels should realize modest occupancy growth this year.

Though rising interest rates and higher cap rates would seem to indicate that the industry is on the verge of a slowdown, experts agreed that the limited entrance of new supply in 2016, coupled with factors such as lower gas prices and stronger consumer spending, should continue to support net gains for hotel operators.

Few were willing to venture out to estimate performance for 2017, but fears of new supply, rising cap rates, and slower demand levels point to some level of caution. As it relates to transaction volume, most agreed that 2016 will be a slower year than 2015, with debt refinancing being the biggest issue facing investors in 2017 as loans mature.

The tenor of virtually all discussions and presentations at Hunter was cautious optimism and practical advice. The industry may not be in a recession, but the hotel transactions market is clearly slowing down. Thus, the message centered on reinvesting in hotel properties through refurbishment projects, human capital, and refinancing. 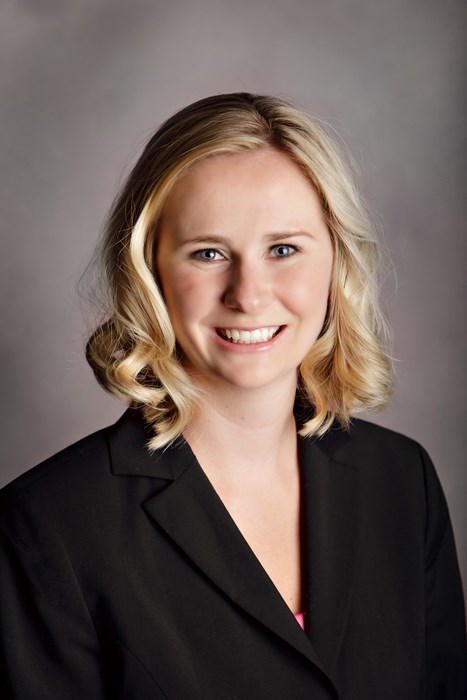 Kasia Russell, MAI is the Senior Managing Director and Practice Leader for the U.S. West Region. HVS leaders now live in and work from more than 30 markets throughout the North American region, including San Diego, LA, San Francisco, Sacramento, Portland, Seattle, Las Vegas, and Phoenix in the U.S. West. Kasia has front-line hotel experience with Extended Stay America and Best Western and also worked for the Hotel Bellwether in Bellingham, Washington, and the Skagit Valley Resort in Bow, Washington. She holds the MAI designation and is a state-certified appraiser in Oregon and surrounding states. Contact Kasia at (970) 227-7799 or [email protected].

The Hunter Hotel Conference brought out insights from every corner of the industry, marking potential upsets and opportunities to gain ground for U.S. hoteliers in 2016. %%ViewCount%% Views Comments
Share:
Subscribe To Newsletter