This report looks at the evolution of UK inflation over the last 50 years and discusses how ADR in London hotels has responded. 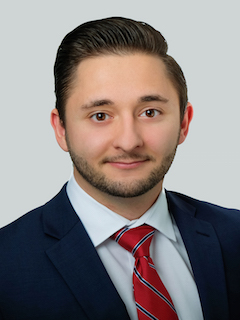 Many global economies are going through a period of high inflation, brought on by macroeconomic factors such as government stimulus and global supply shocks. We have asked the questions: can rising costs be passed along to the consumer and what does the current inflation environment say about hotel pricing over the next few years?

We have used London as a case study to understand the relationship between inflation and hotel ADRs (average daily rates).

We analysed trends over the long term (1973-2022) as well as over specific periods of economic prosperity and strife to draw conclusions about what the post-pandemic future may look like for hotel room prices. London was selected owing to its prominence as the economic hub of the UK, as well as its significant transparency over the past 50 years.

From 1973 to 2022, CPI and RPI both correlate strongly with ADR (r=0.97; r=0.97). This is supported by looking at the graph of inflation versus ADR growth below. From 1973 forward, ADR outgrew inflation by 45% representing an average ADR growth of 0.75% a year above inflation. Said differently, hotels have successfully passed on increases in costs directly to consumers, with ADR outpacing inflation over the long term.

ADRs Matched Rising Inflation, Even During the 1970s Hyper-Inflation Period

Looking at ADRs and inflation on a shorter-term basis, the current period of high inflation recalls the 1970s energy crisis, during which oil prices and positive feedback cycles between wages and retail pricing saw inflation in the UK skyrocket. In 1973, inflation reached 9%. It rose to double figures the following year (16%) and peaked at more than 24% in 1975.

Interestingly, the conclusions drawn from the long-term ADR/inflation trends held true during this period, with ADRs correlating near perfectly with inflation (r=0.98). The data highlight that even during this period of significant inflationary growth, ADRs were able to closely index rising consumer costs, effectively shielding hotels from inflationary pressures.

Looking at ADR and inflation over the long-term is only part of the story, because markets exhibit cyclicality, driven by periods of economic expansion and contraction, as well as fluctuations in inflation. The period of 1973-2022 was divided into two categories: periods in which CPI was either above or below the average for the timeline.

Most interestingly, the correlation between CPI and ADR was twice as high in periods of above-average CPI growth compared to low CPI growth (r=0.65 vs r=0.47), indicating that ADRs more closely track changes in consumer pricing when inflation is high. This supports the trend seen during the 1970s energy crisis.

ADRs are Recovering Faster than after the Global Financial Crisis

Comparisons have been drawn between the COVID-19 pandemic and the Global Financial Crisis, which makes sense from a qualitative perspective, as both events caused significant slowdowns in global tourism.

One key difference between the two is the speed of ADR recovery. A quadratic regression of the two troughs yields statistically different coefficients (a=5.33 vs a=1.38). In plain terms, ADR has recovered twice as fast from the COVID-19 pandemic compared to the Global Financial Crisis.

There are several reasons as to why ADRs recovered faster following COVID-19. Firstly, household savings nearly double during the pandemic compared to the Global Financial Crisis, with savings peaking at 26% per pound earned for the UK in Q2 2020. Savings were bolstered by lockdowns that prevented spending on commuting, dining out and travelling. Savings were further augmented by the significant government-to-citizen stimulus. After two years of lockdowns and travel restrictions, consumers were ready to spend on holiday packages in the summer of 2022 to make up for cancelled plans in the summers prior. Whereas money was tight during the Global Financial Crisis and luxury holidays were often considered frivolous and unnecessary, holidaymakers in the post-pandemic climate were looking to ‘treat themselves’ to luxury holiday packages to celebrate the end of the pandemic restrictions.

Another factor in favour of recovering ADRs is that hotels in the UK suffered and are still suffering from staff shortages. These shortages were brought on by a combination of the pandemic and residual effects from Brexit. With fewer staff, some hotels are limited in the number of rooms that they can sell, reducing occupancy and allowing the hotels to focus on driving room rates.

Overall, the blend of forces has driven the fastest ADR recovery of any major recession in the UK in the past 50 years.

We expect that a number of London hotels will be able to retain the ADR uplift they have gained during 2022 and to mostly compensate for inflation in their 2023 pricing strategies, depending on demand volume fluctuations in the current economic and geopolitical environment. Going forward, we would expect ADR to continue to grow ahead of inflation and thus continue to protect margins, maintaining the trend of the last few decades.

Shaffer Patrick is an associate at HVS Hodges Ward Elliott in the London office, having previously worked for Hodges Ward Elliott in the USA, as well as several tech start-ups. He graduated from the University of Pennsylvania’s Wharton School of Business with a degree in business and logistical statistics. For further information, please contact: [email protected] or +44 20 7878 7776 (Work) 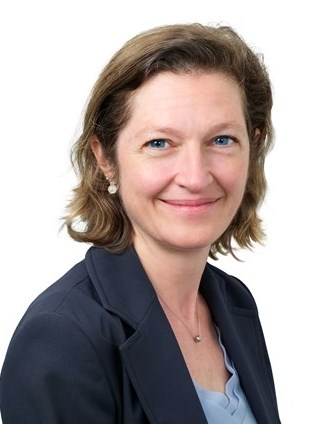 This report looks at the evolution of UK inflation over the last 50 years and discusses how ADR in London hotels has responded. %%ViewCount%% Views Comments
Share:
Subscribe To Newsletter