Boulder is a target market for hotel companies and brands. The city’s strong corporate and leisure demand, combined with a major university, makes it a perfect hotel market. Despite the ideal hotel environment with strong market performance, new hotel development has been limited. 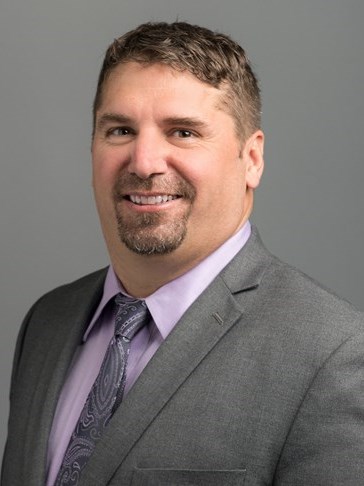 Since 2015, four new hotels (681 rooms) have opened within Boulder’s city limits, increasing the total number of hotel rooms to almost 2,500. This represents a sizable increase of around 32%; however, in the years leading up to this increase in supply, Boulder experienced a decline in room supply, as several older hotels were closed and redeveloped. As such, the net change in room count is closer to 15%. Furthermore, there are a couple of proposed hotels in very preliminary planning phases of development, including a project on University Hill, as well as a possible University of Colorado – Boulder campus hotel and conference center; however, neither of these projects is currently moving forward.

An area within the hospitality sector that is realizing growth is the rental of homes and residential units through online home-sharing programs, such as Airbnb. According to fourth-quarter 2018 data from AirDNA, Boulder had an estimated 1,777 active rental units listed on Airbnb or HomeAway, compared to 1,125 units in the first quarter of 2016. AirDNA reports that roughly 70% of these units represent single-family homes, with the average rental unit containing 2.3 bedrooms and accommodating approximately five guests on average. This segment is expected to continue to realize growth given the anticipated lack of new hotel supply in the near term.

The addition of new, upper-midscale to upscale hotels and the exit of older economy to midscale assets have positively affected Boulder’s lodging market in terms of overall performance. Market occupancy and average daily rate have continued to increase since 2013, despite the entrance of new supply, with average annual growth registering roughly 4.0% for each metric. This has resulted in above-inflationary RevPAR growth, with overall market RevPAR surpassing the $140 mark, based on recent HVS work in the market. This continuous growth, despite the recent increase in supply, illustrates the overall strength of the market. Furthermore, continued growth in the commercial sector from companies like Google and Apple will continue to allow this market to perform at near or above historical levels, which are significantly higher that national and state averages.

Boulder has an estimated population of 107,125 (U.S. Census Bureau July 2017); however, this population swells by more than 30,000 during the academic year with the arrival of students at the University of Colorado – Boulder. Comparable markets in the western U.S. include Flagstaff, Arizona; Bend, Oregon; Bozeman, Montana; and Missoula, Montana.

Sources: U.S. Census Bureau (July 2017), HVS, University of Colorado – Boulder, Oregon State University – Cascade, Montana State, Northern Arizona University, University of Montana
A comparison of number of available hotels rooms to the population (with and without students) illustrates how the hotel supply in Boulder is under-positioned for a city of its size.

Boulder, Colorado, has always been a strong hotel market and on a short list for many hotel developers and brands. The lack of available land and difficult development environment has historically limited hotel development in the market. However, numerous new development and redevelopment opportunities are now available that should allow Boulder to benefit from an increased hotel bed base. These opportunities for new hotels would have very limited impact on existing hotels given the solid demand base and healthy market dynamics, while generating needed tax revenue for the city.

A Senior Vice President with HVS Denver and HVS Director of Business Development, Brett Russell’s 15-year career in hospitality encompasses hotel operations, management, development, and consulting. Brett has overseen hundreds of appraisals, market studies, and feasibility studies for hotels, lodges, and resorts throughout the Americas, with a focus on Colorado full-service hotels and resorts. Contact Brett at 720-877-1376 or [email protected].

Boulder is a target market for hotel companies and brands. The city’s strong corporate and leisure demand, combined with a major university, makes it a perfect hotel market. Despite the ideal hotel environment with strong market performance, new hotel development has been limited. %%ViewCount%% Views Comments
Share:
Subscribe To Newsletter