The landscape of Downtown Omaha continues to evolve as new construction projects within the commercial, hotel, residential, and public sectors move forward. 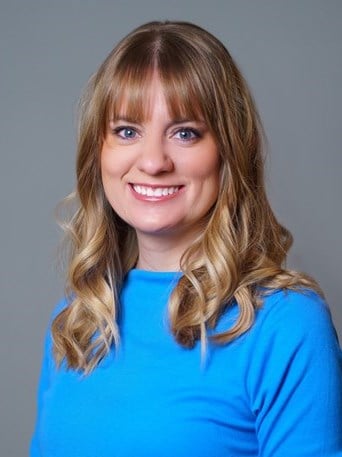 A major revitalization period commenced in Omaha’s Downtown Central Business District approximately 15–20 years ago when several high-profile projects were completed. Between 2002 and 2005, development projects included the construction of the First National Bank Tower (both the city’s and the state’s tallest building), the CHI Health Center, the Gallup Riverfront Campus, the Union Pacific Center, and the Holland Performing Arts Center.

Another wave of redevelopment has hit the shores of the Missouri River in recent years, and several major projects are either currently under construction or expected to break ground in the next several years. In 2017, Shamrock Development led the team that constructed the $200-million Capitol District, which includes apartment living, retail establishments, restaurants, and a 333-room Marriott hotel. The final office portion of the project is slated to be completed by mid-year 2020. In the wake of the relocation of ConAgra's headquarters to Chicago, a $500-million redevelopment plan for the former riverfront campus has been proposed; ConAgra selected Hines to lead the project, River Crossing, which will include office and retail space, residential components, and potentially a new hotel. Additionally, Kiewit Building Group was hired to oversee the $290-million redevelopment of the Riverfront and the Gene Leahy Mall. The Gene Leahy Mall temporarily closed in March 2019 to begin redevelopment work; the mall will be raised to street level to allow for a 65,000-square-foot lawn and performance pavilion, a dog park, play areas, and space for food trucks.

Immediately north of the CBD neighborhood, Kiewit is planning to build its new global headquarters in an area dubbed the Builder's District. Relocating from its current offices near 35th and Farnam Streets, the new, 200,000-square-foot headquarters will be located at 15th and Mike Fahey Streets and should be completed in 2021. The Builders District, which encompasses the equivalent of about twelve city blocks, is envisioned to feature new office buildings and a significant number of new apartment buildings between TD Ameritrade Park and Creighton University.

The landscape of the hotel market in Downtown Omaha is evolving relatively rapidly in response to the ongoing development. Of the roughly 3,500 hotel rooms that in the submarket, approximately 1,000 of these rooms have opened within the last six years, representing a more than 38% increase in available guestrooms during that time.

Upscale, full- and select-service hotels have been the dominate hotel players in this market in recent years. Large chain hotels have supported and benefited from Downtown Omaha’s business entities, the proximity to the city’s airport, and local entertainment options, including the CHI Health Center Omaha convention center and arena. Many of the newer proposed projects in the market are aiming to fit into the lifestyle-oriented, boutique niche, which will start to edge into the higher-priced luxury segment. Products will include soft brands such as Hilton’s Curio Collection and Marriott’s Autograph Collection, as well as other “boutique” upscale brands that are typically higher priced. With few existing hotel products in this segment, these hotel developers are looking to fill a void in the market. The ongoing investment into Downtown Omaha’s overall landscape is expected to continue to bolster this submarket’s hospitality sector, despite some concerns about the growing supply levels.

HVS continues to regularly consult in this city, with our HVS Consulting & Valuation Omaha office led by Sara Olson, MAI, who is ready to assist you on any consulting need you may have. Drew Noecker with HVS Brokerage can also discuss any Omaha asset you may be considering selling in 2019.