The Importance of Financial Relief for the Hotel Industry

The coronavirus (COVID-19) pandemic is having a profound impact on the hospitality industry, as travel restrictions, limits on large gatherings, the closure of restaurants and bars and, perhaps most influential, fear of the virus, have brought travel—and most other aspects of hospitality—to a virtual halt. 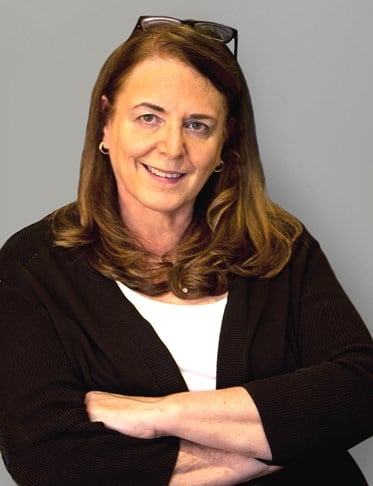 The coronavirus (COVID-19) pandemic is having a profound impact on the hospitality industry, as travel restrictions, limits on large gatherings, the closure of restaurants and bars and, perhaps most influential, fear of the virus, have brought travel—and most other aspects of hospitality—to a virtual halt. According to Chip Rogers, president and CEO of the American Hotel and Lodging Association (AHLA), “The impact to our industry is already more severe than anything we’ve seen before, including September 11th and the Great Recession of 2008 combined.” With some hotels reporting occupancy levels of below 20%, the industry is facing massive layoffs and the potential closure of many lodging facilities.

On March 17, 2020, hotel industry executives met with representatives of the federal government to discuss the need for the federal government to provide relief and financial support to the industry. Executives cited the extensive layoffs that have already occurred, as well as the potential for and probability of even greater layoffs as more hotels close their doors.

Financial support of the hospitality industry makes enormous sense given the importance of the sector to the U.S. economy. According to the U.S. Travel Association, the economic impact of the U.S. travel industry was $2.6 trillion in 2019, and the industry supported a total of 15.8 million jobs. The hotel industry represents a significant part of this impact. An economic impact analysis prepared by Oxford Economics for the AHLA concluded that the hotel industry generated $1.2 trillion in business sales and supported 8.3 million jobs (direct and indirect) in 2018, accounting for $395 billion in wages, salaries, and other compensation. This equates to about 4.2% of total employment in the United States. Direct employment represents 4.7 million jobs and $97.2 billion in payroll. The downturn has a direct impact on all of these metrics and threatens hundreds of thousands of jobs and revenues, including tax revenue.

One of the primary sources of relief under consideration is disaster loans through the Small Business Administration (SBA). As currently proposed, eligible hotel businesses would be able to borrow up to $2.0 million to cover payroll, debt service, and other expenses. For the hotel industry, SBA loans are available to businesses with average revenues of up to $35 million over the preceding three years. To better understand how this threshold aligns with typical hotels, we have reviewed the revenue metrics of the six hotel classes, as defined by STR. Our calculations are presented in the following table.

Source: HVS, STR
*STR’s HOST data are categorized by full- and limited- service hotels. We have used the limited-service data for the economy, midscale, and upper-midscale hotels, as this is consistent with the profile of a majority of the hotels in these classes. We have used the full-service data for the upper-upscale and luxury properties, as is consistent with the profile of a large majority of these hotels. The upscale sector includes both limited- and full-service hotels; therefore, we have used an average of the two.

Based on the above calculations, it appears that a majority of the individual hotels in the economy, midscale, and upper-midscale sectors would qualify for disaster loans under the SBA loan program. Most individual upscale and upper-upscale hotels are likely to qualify, as well. The hotels in the luxury sector could near this threshold and might not qualify for the proposed loans. Moreover, larger hotels that derive a significant proportion of their business from the group segment are unlikely to qualify under the SBA program; which is problematic as this sector appears to be the hardest hit in the current downturn.

Turning again to the Oxford study, this study estimated the economic and employment impact of a typical, individual hotel, as follows:

With 100 rooms, this typical property would meet the SBA criteria and qualify for a loan.

The above analysis looks at hotels on an individual, standalone basis. Many hotel owners own multiple properties, and depending on how the $35-million threshold is applied, their eligibility for these loans could be affected.

The need to support the industry through this crisis is obvious—to protect jobs and preserve the significant capital investment in the over 55,000 hotels in the United States. Less obvious, but equally important, is the role the industry will play in the recovery. Tourism is a critical component of the U.S. economy and, as difficult as it may be to imagine at the moment, people will travel again. Domestically, business travel will resume, as businesses address deferred trips and meetings. Leisure travel will also resume, possibly faster than business travel, as people embrace the opportunity to be anywhere but in their own homes. Meetings and events will return, although it may take a bit longer for this segment to recover given the nature of these events. International travel will come back, as well.

As travel resumes, it is vital that the hotel industry be available to support these travelers. Availability means open and operating, with sufficient employees on hand to support guests and, thus, revenues.

Anne R. Lloyd-Jones, MAI, CRE, is Senior Managing Director of the New York office and a Director of Consulting & Valuation at HVS, the premier global hospitality consulting firm. Since joining HVS in 1982, Anne has provided consulting and appraisal services for over 5,000 hotels. Anne’s particular areas of expertise include market studies, feasibility analyses, and appraisals. She is also an expert in the valuation of management and franchise companies, as well as brands. Her experience includes a wide range of property types, including spas and conference centers. She has appeared as an expert witness on numerous occasions, providing testimony and litigation support on matters involving bankruptcy proceedings, civil litigation, and arbitration. For further information, please contact Anne at +1 (914) 772-1570 or [email protected]

The coronavirus (COVID-19) pandemic is having a profound impact on the hospitality industry, as travel restrictions, limits on large gatherings, the closure of restaurants and bars and, perhaps most influential, fear of the virus, have brought travel—and most other aspects of hospitality—to a virtual halt. %%ViewCount%% Views 2 Comments
Share:
Subscribe To Newsletter